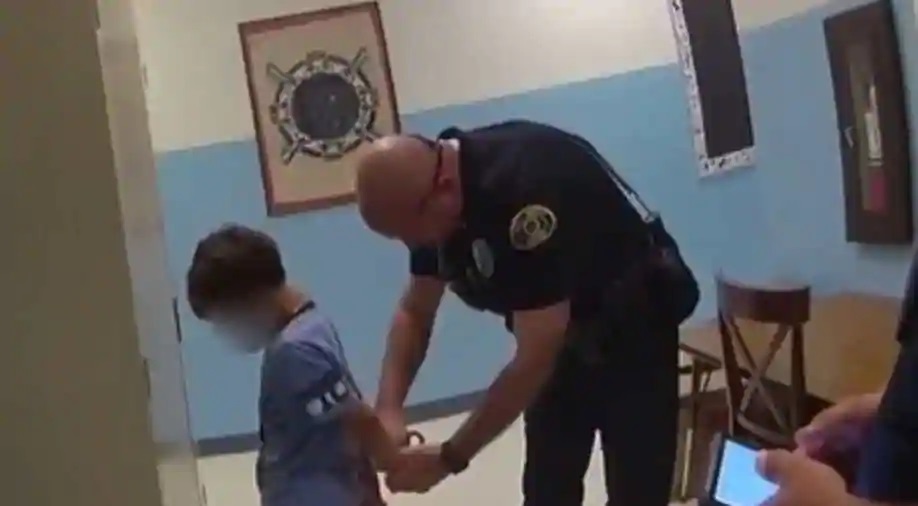 Concern over the safety of students, teachers, and administrators in U.S. schools continues to grow, in part as a result of school shootings. In response, partnerships between schools and law enforcement agencies have increasingly placed school resource officers (SROs) in schools to boost security.

Amid controversy over this practice, a new longitudinal study sought to learn more about the impact of SROs. The study found that schools that increased staffing levels of SROs were more likely to record increases in crimes and to exclude students from school in response to those crimes than schools without increases in SRO staffing levels; moreover, the increases in crimes and exclusions recorded persisted for up to 20 months. The study appears in Criminology & Public Policy.

What the researchers say: “Our findings suggest that increasing SRO staffing in schools does not improve school safety and that increasing exclusionary responses to school discipline incidents increases the criminalization of school discipline,” according the lead author. “We recommend that educational decision makers seeking to enhance school safety consider alternatives to programs that require regular police presence in schools.”

The study examined the effects over time of an increase in SRO staffing on 33 public middle and high schools in California; the schools enhanced SRO staffing through funding in 2013 or 2014 from the U.S. Department of Justice’s Community Oriented Policing Services Hiring Program.

Looking at disciplinary offenses and actions, the study compared these 33 schools with 72 schools that were similar in terms of prior disciplinary actions and demographic characteristics but did not increase SRO staffing during the same period. Short-term effects were measured two and three months after staffing rose, and long-term effects were calculated 11 and 20 months after the staffing increase. Data came from schools’ administrative records, surveys of school administrators, and interviews with law enforcement officers, including SROs.

Based on the study’s surveys and interviews, the authors suggest that increases in school disciplinary offenses due to increased SRO staffing levels may be the result, at least in part, of increased surveillance. But their concern is that these increases in offenses did not level off after the initial rise in SRO staffing, but rather persisted for months.

“Our study demonstrates that increasing SRO staffing in schools boosts the number of exclusionary responses to disciplinary infractions, which can have serious consequences for students,” the researchers note. “These include contributing to a school-to-prison pipeline by increasing formal responses to behaviors that otherwise would have been undetected or handled informally.”

So, what? Every idea that the US authorities have come up with for decreasing school violence have come to naught. Schools themselves were never a particularly good idea—except as holding pens to allow parents to increase the workforce. Children are designed to learn implicitly—through observation, mimicry, socializing with adults and praise for what they do and how they do it. These are nearly all missing from the classroom.

We need to reimagine education to make it more in line with the way kids are neurogenetically designed.

Violence and criminality will continue to plague schools as long as we force kids to just be with other kids and compete with each other for grades, for the teacher’s attention and for status.

Aging memories may not be worse, just "different"

Researchers looked at brain activity of older people not by requiring them to recite a group of words or remember a string of numbers. Instead, they looked at a “naturalistic approach,” one that more closely resembled real-world activities.

The (neuro)science of getting and staying motivated

There is no question that motivation is one of the hardest and yet most important factors in life. It's the difference between success and failure, goal setting and aimlessness, well-being and unhappiness. And yet, why is it so hard to get motivated—or even if we do, to keep it up?

Increased formal responses to behaviors that otherwise would have been undetected or handled informally can have serious consequences, including contributing to the school-to-prison pipeline.