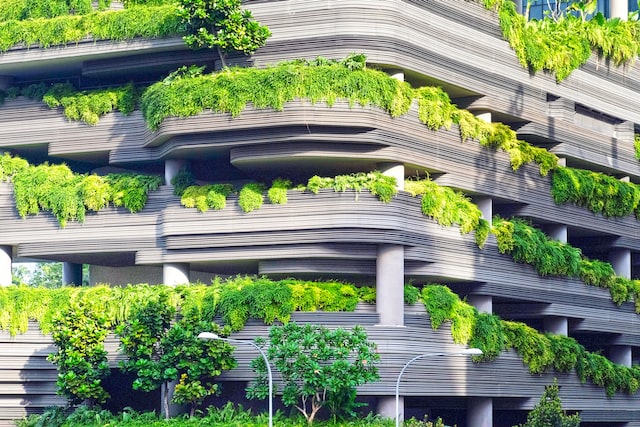 Economists constantly worry about how to grow economies and CEOs want to grow their companies. But what if this is incompatible with humanity surviving climate change?

What degrowth policies would be effective in fighting against climate breakdown and biodiversity loss and would secure human needs and well-being? Recent reports by the Intergovernmental Panel on Climate Change (IPCC) and the Intergovernmental Science Policy Platform on Biodiversity and Ecosystem Services (IPBES) suggest that this approach should be considered, but a just transition to a post-growth economic model poses several challenges.

With the aim of facilitating this transition process, eight leading scientists in ecological economics have published today an article in Nature providing governments around the world with a strategic policy framework to enable wealthy countries to reduce materials and energy while improving social outcomes.

The scientific group makes a series of recommendations that will enable governments to stabilise the economy in a post-growth transition, including universal public services such as health, education and housing, among others, as well as a guaranteed employment, working time reductions and a fairer distribution of income. The authors also identify five ways in which researchers can help develop science and policy to ensure a just transition.

The ecological crisis is being driven in large part by the pursuit of economic growth: ever-increasing levels of industrial production, measured in GDP. High-income economies – and the affluent classes and corporations that dominate them – are overwhelmingly responsible for this problem, as their use of energy and materials far exceeds sustainable levels.

What the researchers say: As the lead author explains, “in our existing economy, production is organized around the interests of capital accumulation rather than around human well-being. The result is a system that overuses resources and yet still fails to meet many basic human needs. It is failing both people and planet.”

The scientists argue that high-income nations should abandon aggregate growth as an objective and focus instead on securing human needs and well-being, while reducing less-necessary forms of production and the excess purchasing power of the rich. This approach, known as degrowth, can enable rapid decarbonization and stop other forms of ecological breakdown.

As the researchers put it: "The dominant assumption in economics today is that every sector of the economy must grow, all the time, regardless of whether we actually need it. In the middle of an ecological emergency, this is dangerous and irrational. We should focus instead on producing what we know is necessary to achieve social and ecological goals – things like universal healthcare, affordable housing, public transit and renewable energy – while reducing destructive industries like SUVs, fast fashion and mass-produced beef.”

The researchers note that there is solid evidence on the types of policies that can help countries move in a degrowth direction: working hour reductions, a green job guarantee, or a universal basic income. But there are still big unknowns regarding the ways in which systems and institutions are dependent on growth for their stability, and researchers can help identifying such dependencies and how they can be overcome.

“The growth-dependence of current economies is a danger to all of us, both for social and for ecological reasons,” the scientists concluded. “Degrowth research thus constitutes a vital lifeline: a robust way to consider radical alternatives for humanity to make it through the 21st century, flourishing within planetary boundaries."

The authors note that degrowth is a purposeful strategy to stabilize economies and achieve social and ecological goals, unlike recession, which is a chaotic and socially destabilizing event that occurs when growth-dependent economies fail to grow.

So, what? Nobel laureate in economics Paul Krugman wrote not long ago that we were entering the end stages of “capitalism as we know it.” I doubt that he had degrowth in mind but that would be the inevitable outcome of the ideas in this Nature piece being taken up.

We will hear a huge wail from those whose present lifestyle, and indeed livelihood depends on capitalist growth and from the owners of capital and their protectors in politics. We will be told that the Paris goal 1.5C doesn’t matter, or 2C or even 4C. “We can find ways to live with that,” they are already saying. “We can adapt.”

Perhaps we can, but at what cost? At what point does human life become pointless?

I personally think that the ideas put forward by these researchers are maybe our only hope for survival as a species. However, I very much doubt that it will happen in my lifetime. After all we’re still burning coal and factory farming beef and flogging Rolex watches—none of which we need. And we are still giving tax breaks to parents and encouraging babies when overpopulation itself threatens the planet.

Results indicate that secondary selling accounts for 22.9% of the variance in customer motivation to buy.

The findings contradict traditional wisdom that spending will be constant or even increase during older age.

"Production is organized around the interests of capital accumulation rather than around human well-being [resulting] in a system that overuses resources and yet still fails to meet many basic human needs".