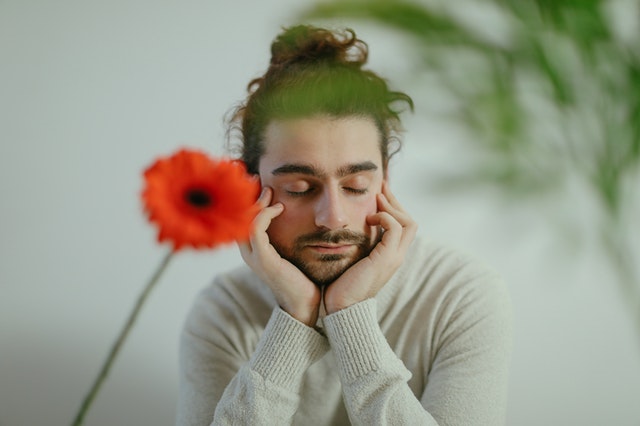 Mindfulness meditation is a stress-management practice with ancient lineage that cultivates nonjudgmental awareness of the present moment, often by directing attention to the physical sensations of breathing. Initially mindfulness was inspired by centuries-old Buddhist practices consisting of philosophies and meditations.

Today a secular version of mindfulness — consisting of meditations alone — is becoming increasingly popular, and has branched into the workplace and many big corporations are folding mindfulness training programs into their curriculums.

There are even phone apps that help generate self-awareness—the descendants of the self-help meditation books and tapes of the comparatively recent yesteryear.

But there may be an unanticipated downside to secular mindfulness meditation practices, according to new research published in the Journal of Personality and Social Psychology.

What the researchers say: “Meditating can reduce feelings of guilt, thus limiting reactions like generosity that are important to human relationships,” said the lead author.

“Negative emotions may not be pleasant, but they can help us navigate social situations and maintain relationships,” he said. “If someone gets really angry and they yell at their boss, or something, and they get fired or make people feel unsafe, then you know that's a bad thing. Not all negative emotions are the same in terms of the kinds of behaviors that they generate, though.”

For example, when people feel guilty, it tends to make them focus outward, on other people, which can promote reparative actions, and prosocial behavior generally.

“Meditating for short periods of time is a tool that can make people feel better, like popping an aspirin when they have a headache,” the researchers said. “We have a responsibility as researchers to share not only the many positive effects of meditation, but also the inadvertent side effects, such as the potential for it to occasionally relax one’s moral compass.”

To better understand meditation practices, the multinational team of researchers conducted eight experiments with more than 1,400 participants in the U.S. and Portugal. Participants varied for each experiment—some were U.S. adults, some were graduate students attending a university in Portugal, while another group was mostly undergraduates.

In their first study, the researchers demonstrated that mindfulness does reduce feelings of guilt. Participants were randomly assigned to either write about a past situation that made them feel guilty or write about their previous day. Then, they listened to either an eight-minute guided mindfulness meditation recording that instructed them to focus on the physical sensations of breathing or an eight-minute control condition recording in which they were instructed to let their minds wander. Participants who listened to the mindfulness recording reported feeling less guilt compared to those in the mind-wandering control group. This was true whether they had written about a guilty situation or their previous day.

The team then ran six other experiments to test whether mindfulness meditation would influence prosocial reparative behaviors, like making up with a friend after doing something that caused harm.

For example, in two experiments all participants were asked to recall and write about a time they wronged someone and felt guilty, before being randomly assigned to meditate or not. After that, they were asked to allocate a hypothetical $100 between a birthday gift for the person they had wronged, a charity for African flood victims, and themselves. Participants who had meditated allocated approximately 17% less to the person they had wronged compared to those who had not meditated.

The psychological process behind these allocation differences was reduced guilt. These and three other, similar experiments established that mindfulness meditation reduces the tendency to make amends for harming others.

“This research serves as a caution to people who might be tempted to use mindfulness meditation to reduce emotions that are unpleasant, but necessary to support moral thoughts and behavior,” said the study’s French co-author.

“Our research suggests that loving kindness meditation may allow people to have the stress-reduction benefits of meditation without the cost of reducing repair, because it increases focus on others and feelings of love,” the researchers concluded.

So, what? I think this is an important study. There’s a lot to be said for mindfulness—especially in the field of resilience as Alicia and I have noted in our forthcoming book on the subject.

However, one of the problems with it is that, as the researchers alluded to in a number of their studies, internally focused processes increase antisocial behavior and impulses because of the concentration on the self—the emphasis being on noting of one’s own breathing, one’s own thoughts and feelings.

Since we are fundamentally social animals this kind of mindfulness seems to go against our design specs. The self is, of course, important but the self is meaningless outside of the context of the group, the tribe, the society. When mindfulness, or any form of meditation, forces us to disconnect from the other people around us and prioritize our own feelings and thoughts—or even our own breathing—we may enter dangerous and somewhat narcissistic territory.

Our own method of “mindful listening” is quite different from the usual mindful exercises since it enables concentration on what the other person is saying and the words they are using to get a clear idea of what their real needs are. This leads to more prosocial behavior.

“Loving Kindness Meditation” has been shown recently in a number of studies to be very effective in promoting other-focused prosocial responses as well as reducing certain negative emotions. Both it and mindful listening, while they have different objectives, achieve very much the same result by being other-focused and therefore more human in their approach.

When people change their opinion after they have received additional information from another person, this is an example of informational social influence. But when people revise their views because they want to be socially accepted, researchers refer to normative social influences.