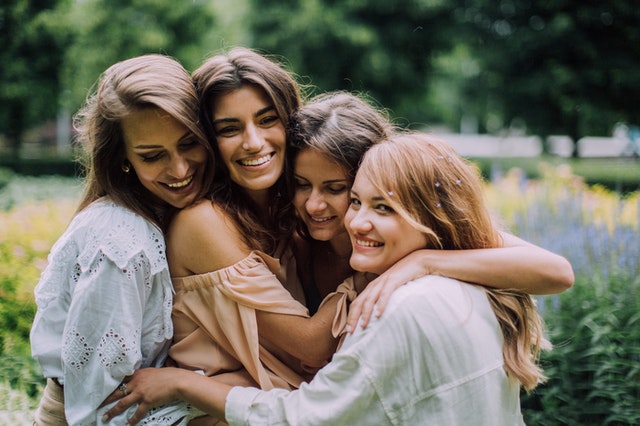 This is without a doubt the most important study of the week—and maybe of the year so far—since it indirectly (the study was done with fruit flies since a similar study in humans would be totally unethical) examines one of the deepest drives of human beings—our need to be popular and get relational support.

The study showed that the evolution of social structures and the positions of individuals within those structures are based in large part on genetics.

Cloned fruit flies played a starring role in the research with video cameras observing how the flies behaved in a controlled environment.

In the study published in Nature Communications, the researchers measured the social interactions between individual flies in 98 genetically identical groups. Each group contained 20 clones. The 20 differed from one another genetically, but the same clones were included in each of the 98 groups, which lived in separate enclosures under different environmental conditions.

They found the same clones occupied the same social positions in each enclosed “world,” regardless of variation in living conditions.

What the researchers say: “Social structure varies tremendously across the animal world, and the big question we’re interested in is ‘How did this variation evolve?’” said the study’s co-author. “For evolution to occur, social structure must be heritable, and we showed that it is.”

The researchers said even though genetic variation explained just part the variation in flies’ social network positions, the heritability estimates that they discovered are enough to fuel evolutionary change.

“For us to know whether or not the structure of social groups and the structure of networks will evolve over time, we have to know the genetic basis of how individuals are nested within their social networks and we also have to know how natural selection acts on social group structure,” the other co-author said. “We studied both of those things simultaneously in this experiment, which hadn’t been done before.”

“We kind of integrated those things simultaneously to see how the structure of social groups will evolve and how it could potentially respond to selection,” the authors said.

Given that virtually all living creatures exhibit some form of social organization, the researchers’ findings could apply to species as varied as humans and bacteria.

Some studies have explored whether human popularity might also be partly explained by genetics, but it is essentially impossible to design an empirical test.

“The best way to do that would be to get identical twins, and ‘Truman Show’ them,” the authors said, referring to the 1998 film in which the title character unwittingly lives in a controlled environment as part of a reality TV show. “You’d put one twin in one Truman Show bubble and the other twin in the other Truman Show bubble, and then see if they end up having the same identical-twin friends.”

In essence, that describes the experiment the researchers conducted with the flies.

“We can essentially make photocopies of each one of the flies and test, basically, the identical twins over and over,” the researchers said.

And because they gathered data on social interactions by videotaping flies in each enclosure, running the experiment was a lot like producing 98 simultaneous Truman Shows, but with 20 Trumans in each show.

Positions within social networks were measured in five ways based on thousands of interactions between flies that were tallied and cataloged by computer software that “watched” dozens of hours of video of the 98 groups. Though the word “popularity” doesn’t appear in the paper, the researchers said it’s apt because some of the key parameters measured were equivalent to “how many friends you have and whether your friends are friends with each other or not.”

Remarkably, they found that social position within networks remained the same, even when they varied the environment by changing the quality of food in the enclosures. In some, food contained more protein and in others more carbohydrates. In other instances, flies had fewer available calories. In all, there were five types of food, and roughly 20 groups of flies living on each type.

“Our findings show that we expect social structure to evolve differently in different nutritional environments,” the co-author explained. “That’s significant, but further research is needed to determine what kind of changes arise from nutritional differences.”

Ultimately, the researchers would like to know more about the ways that nutrition, aggressive behavior and other factors influence the evolution of social structure.

“What creates social structure?” the co-author mused. “Group structures are inherently emergent properties of many different individuals, and there must be some underlying principles that shape the evolution of those structures.”

So, what? The implications of this study are profound and as they sink in will change so many of the ways that we view human interaction as well as the way we structure many of our social programs.

The question remains in human terms: Can we learn ways to compensate for the influence of genetics? Are the popularity, and other social genes, hard—immutable no matter what behaviors we adopt (such as those that control our height, hair color etc.) or are they soft—such as those that predispose us for certain behavioral traits—and thus amenable to change due to circumstances, experience, and context?

Can we use this information to change the way our society evolves for the better—or, maybe, for the worse?

It is probable that the popularity genes are in fact soft genes. That would mean that our ability to be popular is 25% or so genetic and that by using the right relationship-forming tools and techniques (such as Alicia and my needs-based dialogue or PALS communication skills) we can modify the expression of those genes and make ourselves popular even if we are not genetically predisposed to be popular.

The more we study our genetics the more we are discovering how profoundly they influence our behavior and our social interactions. It makes behavioral neurogenetics (my field of study) a fascinating career choice.

What consumers mean when they say products are "authentic"

Consumers crave authenticity. Yet marketing itself is typically considered inherently inauthentic. Hence, firms must learn to understand, manage, and excel at rendering authenticity. The critical question is: how? What do consumers mean when they talk about “authenticity”?

When asked to answer questions quickly and impulsively, people tend to respond with socially desirable answers rather than an honest ones. Under time pressure, people may default to their desire to appear virtuous, even if it means misrepresenting themselves.