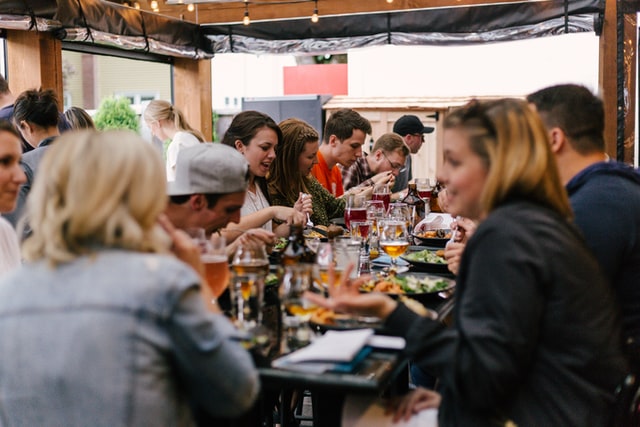 The largest impact of COVID-19 has been in the area of mental health. Not only does the disease attack the brain, but the enforced lockdowns, the school closures and the separation of people from their workplace tribes have had very nasty results.

Perhaps the largest growth area in mental distress has been anxiety.

A really interesting study has shown that one of the prime ways we deal with this mood disorder has been the virtual (pardon the pun) elimination of established rituals from our lives.

With graduation ceremonies, weddings, funerals, annual parades, and many other gatherings called off, it is apparent that our lives are normally filled with rituals. A team of researchers studied rituals and how they impact our health. In a paper in Philosophical Transactions of the Royal Society they examine the important roles rituals play in reducing our anxiety levels.

What the researchers say: “In the current context of the pandemic, if you were a completely rational being–perhaps an extraterrestrial who’s never met any actual human–you would expect that given the current situation people wouldn’t bother doing things that do not seem crucial to their survival. Maybe they wouldn’t care so much about art, sports, or rituals, and they would focus on other things,” said the lead author. “If you were to think that, it would show you didn’t know much about human nature, because humans care deeply about those things.”

He added that rituals play an important role in people’s lives, helping them cope with anxiety and functioning as mechanisms of resilience.

The researchers explain that to study something as complex as human behavior, it is important to approach the question from multiple angles to collect converging evidence. First, in a laboratory study, they found that inducing anxiety made people’s behavior more ritualized, that is, more repetitive and structured. So, the next step was to take this research out to real-life situations. Here they examined whether performing cultural rituals help people cope with anxiety.

“This approach also goes to show the limitations of any study. One study can only tell us a tiny bit about anything,” the lead author said. “But by using a variety of methods and by going between the highly controlled space of the lab and the culturally relevant place that is real life we are able to get a more holistic perspective.”

The researchers conducted their study in Mauritius. They induced anxiety by asking participants to prepare a plan for dealing with a natural disaster that would be evaluated by government experts. Following this stress-inducing task, one half of the group performed a familiar religious ritual at the local temple while the other half were asked to sit and relax in a non-religious space.

The researchers found that the task was successful in inducing stress for both groups but those who performed the religious ritual experienced a greater reduction in both psychological and physiological stress. The stress level was assessed by using wearable technology to measure heart rate variability.

“Stress acts as a motivation that helps us focus on our goals and rise to meet our challenges, whether those involve studying for an exam, flying a fighter jet, or scoring that game-winning goal,” the researchers said. “The problem is that beyond a certain threshold, stress ceases to be useful. In fact, it can even be dangerous. Over time, its effects can add up and take a toll on your health, impairing cognitive function, weakening the immune system, and leading to hypertension or cardiovascular disease. This type of stress can be devastating to our normal functioning, health, and well-being.”

“Ritual helps reduce anxiety by providing the brain with a sense of structure, regularity, and predictability.”

The lead author explains that in recent decades we have begun to realize the brain is not a passive computer but an active predictive machine, registering information and making predictions to help us survive.

Well-practiced rituals, like the one included in the study, are repetitive and predictable and therefore the researchers believe they give our brains the sense of control and structure that we crave, and those feelings help alleviate stress, and thus anxiety.

So, what? In today’s stressful world, we see ritual taking different forms, from people gathering to applaud healthcare workers, to virtual choirs singing across the internet. In this unpredictable time, people are continuing to find relief in ritual.