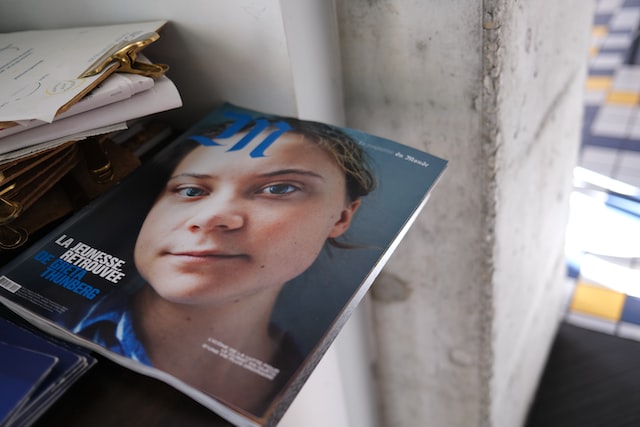 Greta Thunberg, David Hogg and Malala Yousafzai, all teenagers when their activism caught the world’s attention, are proof that leadership develops well before adulthood.

As essential as they are, and as complex the challenges they face as tomorrow’s leaders, scientists do not understand the traits and experience that define young leaders. While there is clear evidence that leaders blossom early, little research exists about leadership development in adolescence.

The researchers make a case for adding a multidisciplinary developmental perspective to leadership research. The study was published in Perspectives in Psychological Science.

What the researchers say: “The rapid development of personality, peer relationships, values and vocational identity during this period, make adolescence an optimal time for developing leadership potential,” said the paper’s corresponding author.

Arguing that an understanding of youth leadership would have immediate application for educators, parents, policy makers and employers, the authors propose bringing together expertise from different areas of psychological science to study early leadership, how it emerges, develops and influences leadership ability as adults.

They point out opportunities for taking concepts from the study of leadership in adults and extending them to adolescents, while simultaneously leveraging existing adolescent-focused research on peer influence and cognitive and behavioral development to form a more nuanced model of how leadership develops through life stages.

In addition to the benefits research on leadership development in youth could have on society, it could also benefit the individual youth by helping them form a broader sense of their own leadership identity and an enhanced understanding of their own personal strengths and capacity, according to the authors.

Other goals of the research are to develop leadership interventions to maximize potential and facilitate better diversification of the leadership pipeline.

“We think that a lot of great leadership potential is getting lost as youth develop in the context of cumulative, multilayered systemic barriers, and that looking earlier in life may be a key to harnessing and fostering this potential well ahead of these later outcomes,” the researchers said. “Everyone stands to benefit from improving leadership skill and effectiveness in the leaders of tomorrow.”

So, what? From research included in TR a couple of weeks ago we know that leaders—at all levels—share nine genes (the genetic drive for leadership). These genes determine who will be temperamentally suitable to “lead.”

However, before we require mouth swabs or blood tests at interviews, we should bear in mind that these tests will not determine a person’s fitness for the role. A Gallup survey of a couple of years ago found that 90% of leaders, and managers and supervisors, were in the wrong job.

Also, the role of a leader is changing. Hunter-gatherer bands had no need of leaders except in times of danger and crisis. Many modern organizations are looking at the H-G model for inspiration in creating flatter structures. Maybe a different set of genes is needed for a “transformational” leader rather than a more traditional “transactional” one. H-Gs operated on the basis of consensus and because of that had a high degree of productivity and engagement.

Both men and women are perceived as more capable as they get older, but only women are seen as less warm as they age—causing them to be judged more harshly.

“The rapid development of personality, peer relationships, values and vocational identity during this period, make adolescence an optimal time for developing leadership potential.”

The future of work. New report looks at remote work and the pursuit of equality.

What can organizations and governments do to ensure those currently disadvantaged by the current models can also benefit?