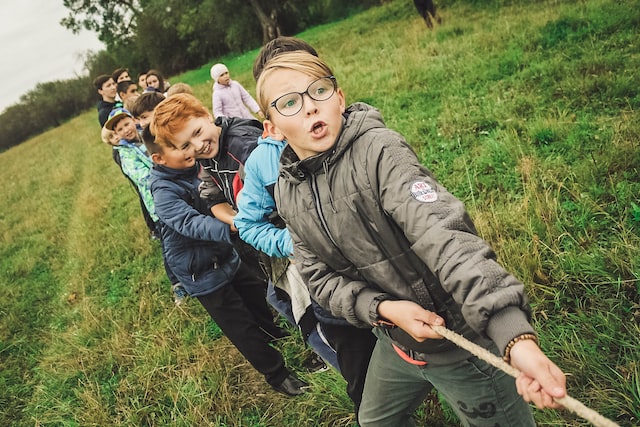 Perhaps the most astonishing research I have read this week was published in PNAS (Proceedings of the National Academy of Sciences). It substantiates a number of recent studies which have hinted at the same thing and together they will change our whole idea of what leadership is and what kind of people leaders are.

A long time ago when Alicia and I were working at Tufts Medical Center in Boston, I got into a debate with a group of doctors who were discussing the medical profession. What, they were discussing, made a good doctor. I said that I thought that was not the right question.

The more basic question was “What makes a doctor?” What is it that drives a human being to become a doctor—or take up any other profession? Do we have a heritable “profession gene?” That’s still, after all these years, an open question.

However, the same question can be applied to leadership. What makes a leader? Conventional wisdom has it that leaders are made through childhood experience and achieve their hierarchical position largely through chance.

This new research refutes this and indicates that all people in leadership or supervisory positions—in business, politics or anything else—have certain genes which predispose them to seek out these positions. About 5% of the population share these “leadership” genes.

The researchers also found that, because of this genetic alignment, leaders have both a higher level of subjective wellbeing and yet, paradoxically, are more prone to a number of physical and mental illnesses.

What the researchers say: “Our study demonstrated the polygenetic nature of leadership, the positive genetic correlations between leadership traits and a broad range of well-being indicators, and the unique association of leadership with well-being after accounting for genetic influences related to other socioeconomic status measures,” the researchers wrote. “Our findings offer insights into the biological underpinnings of leadership.”

It has long been known that leadership was associated with lower stress levels and a lower level of stress was associated with a greater sense of subjective wellbeing. In fact, prior studies have indicated that while the stress level of employees generally had risen some 200% between 2010 and 2020, that of people in senior leadership positions had hardly budged. Leaders also are less prone to depression and anxiety than those further down the corporate or political food-chain.

The link between bipolar disorder and leadership became stronger the higher the leadership position the person held. Previous studies have shown that the same is true of leadership and psychopathy—the higher a person is positionally the greater the probability of them having the personality disorder. Other studies have shown an association between bipolar disorder and the development of psychopathy.

Another finding was that the loci of the nine significant leadership genes was the same as that for schizophrenia indicating that leaders might be more predisposed to that particular mental illness than those who do not strive for leadership.

The researchers’ overall conclusions were that virtually all of those in leadership or supervisory positions share the nine leadership genes showing that leadership—and the desire for it—is primarily genetic and that having these genes predisposed leaders to a number of good and bad physical and mental outcomes.

So, what? The researchers warn against using their research to advocate genetic determinism. All very well and good but their findings as to the links between specific genes, leadership, bipolar disorder and schizophrenia add powerful evidence to the determinists case.

There is still room for the nurture argument in leadership, however. Because one has the genes for leadership that does not guarantee good leadership. Far from it. Research by the Gallup Organization a few years ago found that 90% of leaders were in the wrong job.

The perfect supervisor or leader, therefore, might be someone with the correct genes and the right childhood experiences.