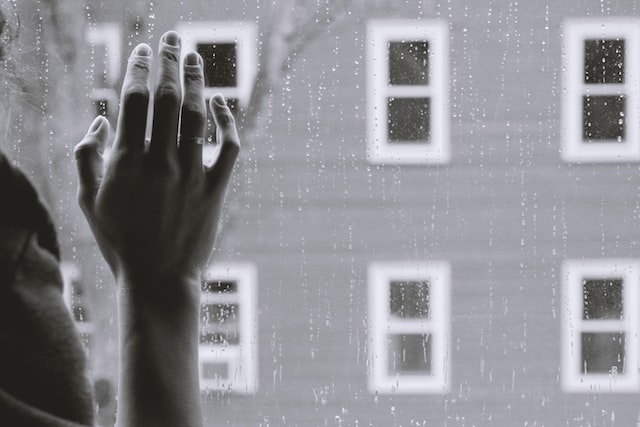 Are depressed people simply more realistic in judging how much they control their lives, while others view the world through rose-colored lenses, living under the illusion that they have more control than they do? That’s the general idea behind “depressive realism,” a theory that has held sway in science and popular culture for more than four decades.

The problem is, it’s just not true, new research finds.

What the researchers say: “It’s an idea that exerts enough appeal that lots of people seem to believe it, but the evidence just isn’t there to sustain it,” said the co-author of the study, published in the journal Collabra: Psychology. “The good news is you don’t have to be depressed to understand how much control you have.”

The concept of “depressive realism” stems from a 1979 study of college students examining whether they could predict how much control they had over whether a light turned green when they pushed a button. The original research concluded that the depressed students were better at identifying when they had no control over the lights, while those who weren’t depressed tended to overestimate their level of control.

The researchers set out to try to replicate those findings as part of a broader effort to restore trust in scientific research, much of which is woven into the fabric of the scientific community and wider culture. Researchers are revisiting bedrock studies to shore up the most basic of scientific principles: Can the research—and its conclusions—be replicated?

Why test the theory of depressive realism in particular? Its decades-long infusion into science, culture, and even potential mental health treatment policy makes it important, they maintained. The original study, for instance, was cited more than 2,000 times in subsequent studies or research, according to Google Scholar.

“At the top of the list of reasons why we ought to revisit this particular article is its widespread acceptance in both the scholarly and popular literature,” said the lead author. “That means a lot of people are building theories or policies premised on this effect being true. If it’s not, it’s really important to establish that.”

The authors studied two groups of participants, whom they screened for depression via a questionnaire. The first group of 248 participants came from Amazon’s Mechanical Turk, an online service that provides paid survey-takers and study participants from a range of backgrounds, in this case all over 18 years old. The second group was made up of 134 college students who participated in return for college credit.

The researchers added or used more modern and robust measurements for the study. For example, they added a mechanism to measure bias, and experimentally varied the amount of control participants actually had.

Participants performed a task similar to that in the 1979 study. In 40 rounds, each chose whether to press a button, after which a lightbulb or a black box appeared. Each was told to figure out whether pushing (or not pushing) the button impacted whether the light came on. After the rounds, each reported how much control they had over the light.

Both the online groups and college student groups were split into three experimental conditions. Each condition experienced different relationships between the button and the light during the 40 rounds. The participants in the first two conditions had no actual control over the light’s appearance, yet saw it illuminate one-quarter or three-quarters of the time, respectively. Participants in the third condition had some control, seeing the light three-quarters of the time after pushing the button.

In the college student group, depression levels had little impact on their view of their control, the authors found.

Researchers also tested for overconfidence. Study participants were asked to estimate their scores on an intelligence test. Depression had no impact there, either.

“The study suggests that there are no benefits to being depressed in terms of realism, so no one should seek depression as a cure to their cognitive biases,” the co-author advised.

Imagine, for example, a manager hiring someone who is depressed because they believe—based on the original study—that the person is less likely to be overconfident and will have better judgment. That would be a mistake, he said.

While depression may not improve judgment, the issue of how to accurately gauge our level of control in various situations has broader implications throughout life.

“We live with a great deal of uncertainty about how much control we have—over our careers, our health, our body weight, our friendships, or our happiness,” the researchers said. “What actions can we take that really matter? If we want to make good choices in life, it’s very helpful to know what we control and what we don’t.”

So, what? The issue of control and the issue of conscious decision-making are obviously linked, and both are at the forefront of much recent research (see previous TRs). The idea that we can consciously make decisions assumes a level of control.

If we have no ability to make conscious decisions then the degree of control, we have must be subjective rather than “real.” That would make evolutionary sense. It would be very adaptive for an essentially defenseless creature like us for our brains and our nervous systems to be geared for quick, almost instantaneous decision-making. The illusion of control would allow for instantaneous decisions.

The fact that we consciously rationalize the decision we’ve made post-making it gives us the illusion of being in control, which is also rationalized post-decision and also the illusion of free-will. It’s a fascinating area of research.

“Overlooking spirituality leaves patients feeling disconnected from the health care system and the clinicians trying to care for them”.

Can self-affirmation techniques help alleviate our fears about being replaced by machines?

Organizations that take a hands-off approach to the structure and governance of project teams create an environment of creative flexibility.