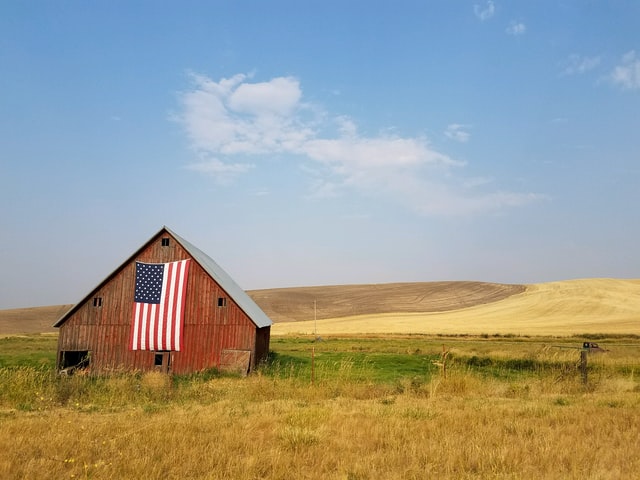 I grew up in and spent a good deal of my adult life in the US. Except for summers in our cottage in Connecticut, it was an urban existence. My hometown was New York though my family also spent some time in Sarasota and Tallahassee in Florida.

Rural America was something you flew over or much more rarely rode a train through. My parents never spoke of it and my school friends and I knew little of it. There was the East coast and then there was California and somewhere in the middle there were cowboys and the Mississippi River. In that vast space they grew corn and cotton, and herded cows. I can honestly say I never met anyone who was willing to admit that that they came from “rural America.”

Even today pundits and politicians talk as if the territory between NY and LA was a monolithic land where similar people think similar thoughts and live according to similar mores—mostly in small dying towns or on farms. And, of course, they’re all white, Evangelical Christian and Republican.

As a result, I found this new study fascinating and revealing. The researchers, after a close study of Ohio, identified five different types of rural communities.

The list includes farming areas that many imagine to be stereotypically rural, but researchers also found communities of the rural poor and booming small towns attracting affluent young adults from nearby cities. Three of the five types of rural communities were found near the outskirts of major metropolitan areas.

What the researchers say: “The line between urban and rural areas is getting blurred and very dynamic,” said the study’s co-author. “We are seeing a rural America these days that encompasses different types of people who are making homes there for very different reasons.”

While the study was done in Ohio, the researchers believe most states have a variety of different types of rural communities, even if the types aren’t all the same as they found in Ohio. The study was published online recently in the Journal of Land Use Science.

Households were categorized by income and age group.

The results showed that rural census tracts as a whole experienced a positive net migration of 1.2%, while metropolitan urban and smaller cities lost households. Migration either from or to rural areas accounted for 27.4% of the total household movement within the state.

The analysis showed communities could be separated into five types, based on similar migration patterns. The first three clusters were all found near metropolitan areas:

The remaining two types of communities were farther away from cities:

Overall, the results showed two related trends, the researchers noted. First was the greater variation among rural regions, showing that rural America is no longer a monolith. But at the same time, each type of rural community was attracting the same kind of people, becoming less diverse.

“We have more different kinds of communities in rural areas, but internally they are becoming more uniform,” the researchers said.

So, what? What I find depressing about this study—and another of others which have highlighted the same trend—is the way that people in the US seem to be increasingly forming communities composed of people of the same education, income, religion and race. Previous research has indicated that this extends to being adherents of the same political party.

We’re becoming increasingly tribal. This is in line with our genetics—we tend to associate with and trust those that we have more in common with. They become part of our “tribe.” The tribe unites around those commonalities and also develops a distrust and fear of other groups or tribes.

More women die giving birth in the US than in any developed country. Chronic high blood pressure is contributing substantially to the excessive maternal death rate, with Black women particularly at risk.

In someone’s speech patterns we discern commonality, or not. If we perceive that the person is of the same “tribe” as ourselves, our cooperative and altruistic programming comes into play.