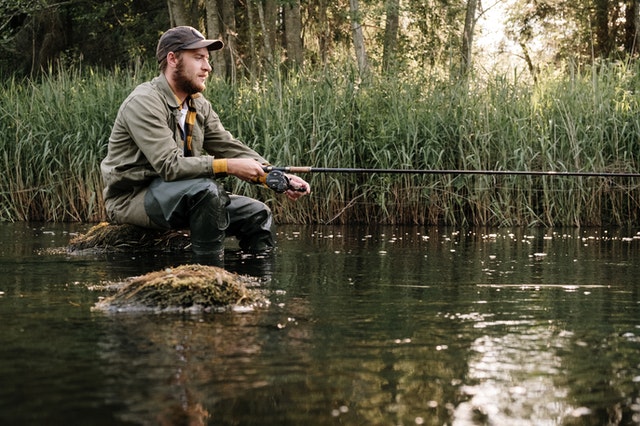 Feeling like leisure is wasteful and unproductive may lead to less happiness and higher levels of stress and depression, new research suggests.

In a series of studies, researchers examined the effects of a common belief in modern society: that productivity is the ultimate goal and time’s a-wasting if you’re just having fun. People who most strongly agreed with this belief not only enjoyed leisure less, but also reported poorer mental health outcomes, said a co-author of the study.

What the researchers say: “There is plenty of research which suggests that leisure has mental health benefits and that it can make us more productive and less stressed,” the co-author said. “But we find that if people start to believe that leisure is wasteful, they may end up being more depressed and more stressed.”

One bright side: Some skeptical people could enjoy fun activities if leisure was part of a larger goal, and not an end in itself.

“If leisure can be framed as having some kind of productive goal, that helps people who think leisure is wasteful get some of the same benefits,” the other co-author added.

The study was published in the Journal of Experimental Social Psychology.

In one of their studies, 199 college students rated how much they enjoyed a variety of leisure activities and completed assessments that measured their levels of happiness, depression, anxiety and stress. They were also asked how much they agreed with five statements assessing the degree to which they believed leisure is wasteful (such as “Time spent on leisure activities is often wasted time”).

Results showed that the more the participants believed leisure to be wasteful, the less they enjoyed leisure activities. That was true whether the leisure activity was active (exercising) or passive (watching TV), social (hanging out with friends) or solitary (meditating).

In another study, 302 online participants were asked a few days after the holiday what they did to celebrate the last Halloween. Some of the activities they could choose from were fun for their own sake, like going to a party. Others served a larger goal, such as taking your kids out trick or treating. The participants were asked to rate how much they enjoyed their Halloween experience.

Results showed that those who thought leisure was more wasteful reported less enjoyment of activities, like parties, that were only about the fun.

“But those who participated in fun activities that fulfilled responsibilities, like trick or treating with your kids, didn’t see such a reduction in how much they enjoyed their Halloween,” the researchers said.

The negative view of leisure is not just an American issue. One of their other studies, which compared people in the United States, India and France, found that the French were less likely than those in the U.S. and India to believe leisure was wasteful–as is consistent with cultural stereotypes. But for those in France who did disdain leisure, the bad effects were the same.

“We live in a global society and there are people everywhere that hear the same messages about how important it is to be busy and productive,” the researchers noted. “And once you believe that, and internalize the message that leisure is a waste, our results suggest you’re going to be more depressed and less happy, no matter where you live.”

The researchers were struck by how the negative views of leisure affected enjoyment of anything fun, no matter the situation or how short the leisure activity was.

In one study, college student participants were asked to watch a short funny cat video in the middle of other parts of an experiment. Some read articles beforehand that touted leisure as a way to manage stress and increase energy. Even then, the same effects persisted.

“These are students who are coming into the lab to answer surveys, which can be boring. In the middle of that we give them a funny video to watch, which you would expect would be a nice break – and even then, some participants didn’t enjoy it as much,” the researchers said. “They had no way to use the time more productively. We were giving them a break from other, more boring activities.  And still, those who believe leisure is wasteful didn’t think watching the videos was as fun as others did.”

The study showed it is not easy to change people’s beliefs about the value of leisure. So, a different approach may be needed, the researchers said. For those who believe leisure is wasteful, “it may be helpful to think about the productive ways that individual leisure activities can serve their long-term goals.” In other words, connect each leisure activity to something you want to accomplish.

“Find ways to make fun activities part of a larger goal in your life,” they added. “Think about how it is productive, instrumental and useful.”

So, what? The hunter-gatherers that I lived with saw “work” as fun. In fact, in their minds they didn’t separate leisure and work. We are genetically programmed to be more effective and productive doing that which we enjoy. In terms of your DNA, if you don’t find what you are doing is “fun” then you shouldn’t be doing it. Now a ton of research backs up this observation.

What I learned from the H-Gs was that we are not goal or task-orientated creatures. Rather we are designed to live for the moment and be directed by the reward neurochemicals in our system like dopamine, oxytocin, and glutamate—enjoyment, bonding and eating.

That isn’t to say that you shouldn’t have goals or targets. They’re not evil in themselves. But a goal is, or should be, the excuse to find pleasure in experiencing life. Increasing the output or consumption of a soft drink or concocting spreadsheets are pointless activities unless you enjoy the process of what you do or the company of those that you do it with.

Read more on happiness and leisure.