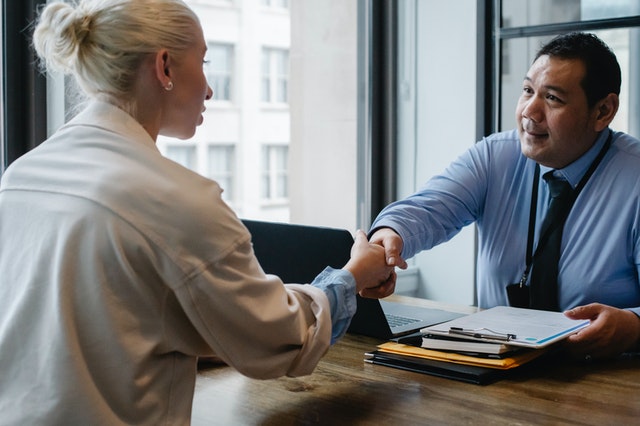 Sometimes less is more, at least when it comes to building rapport during interviews. That’s according to new research which reveals that verbal interviewing techniques have a greater impact than nonverbal techniques—and combining the two had a detrimental effect.

The new study was published in Communication Studies. Based on a laboratory experiment that compared the effectiveness of verbal and nonverbal techniques in building rapport, it provides useful insight for situations like doctor-patient interviews, job interviews and police investigative interviews.

What the researchers say: “It was a bit of a surprise to find that using verbal and nonverbal techniques together backfired,” said the lead researcher. “In hindsight it was probably seen as forced or too much, making the interviewee feel that any rapport that resulted was fake. The bottom line is that using one technique or the other is better than neither or both.”

During the experiment, the researchers performed one-on-one interviews with 80 participants involving their personal histories. They practiced active listening—using simple indicators of agreement (e.g., “uh-huh,” “I see”), that encouraged the subject to continue—with all participants but used four different strategies.

With one group, they used verbal commonalities, disclosing information about their own lives (both real and fabricated) to establish common ground. Previous research indicates that people tend to like and feel closer to those who disclose information to them.

With a second group, they used a nonverbal technique called mirroring, the largely nonconscious imitation of another person’s body postures and movements, a strategy that researchers used to think was linked to an increase in rapport among interactive partners. The present researchers attempted to mimic the body postures and arm/leg placements of the participants (e.g., arms on the table and legs crossed) within approximately two seconds of witnessing it.

With a third group, the team combined the verbal commonality and mirroring strategies. With the fourth group, or control group, they did not employ either strategy.

Prior to being interviewed, participants completed a document that required them to rank 10 topics (academics, athletics, family, finances, friends, leisure, medical history, mental health, pet ownership, romance) in terms of how personal they were. The interviewer used these responses to choose topics for the interview. After the interviews, participants rated how willing they were to continue discussions with the interviewer, as an indicator of rapport.

Results indicated that participants were more willing to discuss personal topics when verbal commonalities were used alone, versus in conjunction with nonverbal mirroring. In the group that experienced mirroring, participants were more willing to disclose personal information with the interviewer, but not at a rate that was significantly different from the control group. The combined condition produced the lower rapport of any group.

So, what? The combined use of both verbal and nonverbal techniques can seem forced or phony to participants. Once a person realizes someone is actively seeking rapport or manipulating them, it backfires, wiping out any gain from the verbal or nonverbal technique.

Personally, I have long held the opinion that nonverbal mirroring is a bad technique to use in trying to influence someone or get on their wavelength. Research is now beginning to back that up.

Sometimes less is more, at least when it comes to building rapport during interviews. Verbal interviewing techniques (using verbal commonalities) have a greater impact than nonverbal techniques (mirroring another person’s body postures and movements)—and combining the two had a detrimental effect.

People who are friendly and trustworthy are more likely to be selected for teams than those who are known for just their skill competency and personal reputation.