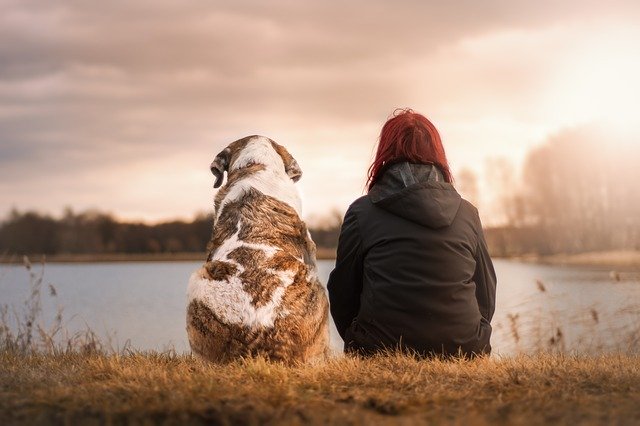 Tribe member Florence said that I have been falling down on what used to be a regular feature of TR—a dog story. Okay, I hear you. Here is the ultimate feel-good dog story hot off the research press.

The new study shows that pet dogs will try to save their distressed human, as long as they know how. Yes, Pooch is really there for you, even if he’s confused.

Look at it this way. You’re Pooch. Your owner is trapped in a box and is crying out for help. Are you aware of his despair? If so, can you set him free? And what’s more, do you really want to? These are deep thoughts for Pooch.

But the answers to those questions are what the researchers wanted to know when they devised experiments to give dogs the chance to rescue their owners.

Until recently, little research has been done on dogs’ interest in rescuing humans, but that’s what humans have come to expect from their canine companions—a legend dating back to Lassie, and before.

What the researchers say: “It’s a pervasive legend,” said the lead researcher. “Simply observing dogs rescuing someone doesn’t tell you much, the difficult challenge is figuring out why they do it.”

So, he and his team set up an experiment assessing 60 pet dogs’ propensity to rescue their owners. None of the dogs had training in such an endeavor. In the main test, each owner was confined to a large box equipped with a light-weight door, which the dog could move aside. The owners feigned distress by calling out “help,” or “help me.”

Beforehand, the researchers coached the owners so their cries for help sounded authentic. In addition, owners weren’t allowed to call their dog’s name, which would encourage the dog to act out of obedience, and not out of concern for her owner’s welfare.

“About one-third of the dogs rescued their distressed owner, which doesn’t sound too impressive on its own, but really is impressive when you take a closer look,” the researchers said.

That’s because two things are at stake here. One is the dogs’ desire to help their owners, and the other is how well the dogs understood the nature of the help that was needed. They explored this factor in control tests—tests that were lacking in previous studies. No self-respecting Great Dane—or even Norwegian—would accept that!

In one control test, when the dog watched a researcher drop food into the box, only 19 of the 60 dogs opened the box to get the food. More dogs rescued their owners than retrieved food. There were, I bet, 19 Golden Retrievers.

“The fact that two-thirds of the dogs didn’t even open the box for food is a pretty strong indication that rescuing requires more than just motivation, there’s something else involved, and that’s the ability component,” he said. “If you look at only those 19 dogs that showed us they were able to open the door in the food test, 84% of them rescued their owners. So, most dogs want to rescue you, but they need to know how.”

In another control test, the researchers looked at what happened when the owner sat inside the box and calmly read aloud from a magazine (what magazine? This is vital missing information). What they found was that three fewer dogs, 16 out of 60, opened the box in the reading test than in the distress test. Maybe the 16 didn’t agree with what was being read and wanted their owner to change to the Washington Post?

“A lot of the time it isn’t necessarily about rescuing,” the researchers said. “But that doesn’t take anything away from how special dogs really are. Most dogs would run into a burning building just because they can’t stand to be apart from their owners. How sweet is that? And if they know you’re in distress, well, that just ups the ante.”

The fact that dogs did open the box more often in the distress test than in the reading control test indicated that rescuing could not be explained solely by the dogs wanting to be near their owners (or shut them up).

The researchers also observed each dog’s behavior during the three scenarios. They noted behaviors that can indicate stress, such as whining, walking, barking and yawning.

“During the distress test, the dogs were much more stressed,” the lead researcher said. “When their owner was distressed, they barked more, and they whined more.”

What’s more, the second and third attempts to open the box during the distress test didn’t make the dogs less stressed than they were during the first attempt. That was in contrast to the reading test, where dogs that had already been exposed to the scenario, were less stressed across repeated tests. They just got more bored with the stuff being read I suspect.

In essence, the individual rescue behaviors are more evidence of “emotional contagion,” the transmission of stress from the owner to the dog, explained the researchers, or what humans would call empathy.

So, what? What’s fascinating about this study is that it shows that dogs really care about their people. Even without training, many dogs will try and rescue people who appear to be in distress – and when they fail, we can see how upset they are. When I was a kid, my dog Mutsie would try and rescue me when I swam in a fast-flowing river and she would whine if she was prevented from diving in to rescue me (her rescue attempts were more dangerous than the rapids).

The dog that Alicia and I lived with when we were in Westchester, NY was also an avid rescuer. Tuppence, who was afraid of swimming (and just about everything else, he was a badly abused canine we rescued from the pound) would try to solve the problem of my swimming (and thus being in danger from his perspective) by drinking all the water from the lake. The hour-long drive home could sometimes be problematic.

In fact female advantage in cognitive performance is highest in Sweden, which has the greatest gender equality, according to a new study.

Innovation is widespread in rural areas, not just cities

This “hidden” innovation brings economic benefits to businesses and communities, according to researchers, whose findings will help decision makers think in new ways about innovation and how they can support it.