Your bad boss could turn you into a great boss 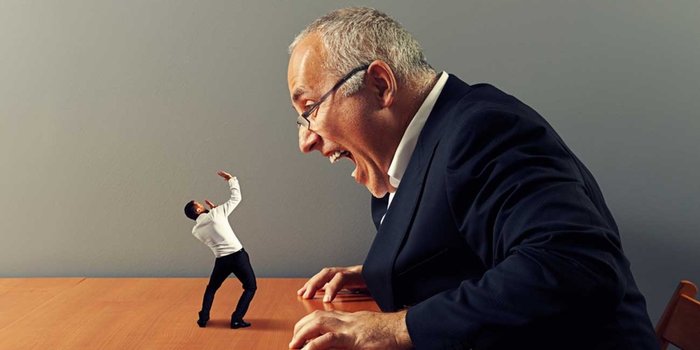 A new study suggests abuse and mistreatment by those at the top of an organization do not necessarily lead to abusive behavior by lower-level leaders. When offered leadership opportunities, prior victims of workplace abuse are more likely to treat their own subordinates better by learning from the bad behavior of their bosses. The findings were published in the Journal of Applied Psychology.

What the researchers say: “Some employees who are abused by their bosses resolve not to repeat that pattern with their own subordinates and become exceptional leaders of their teams,” said the lead author. “Our study sheds light on a silver lining of sorts for people who are subjected to abuse at work. Some managers who experience this abuse can reframe their experience, so it doesn’t reflect their behavior and actually makes them better leaders.”

The study found those who relied on their morals and integrity to defy their manager’s abusive approach felt encouraged to prevent it from moving beyond their bosses.

Through multiple experiments over several years, the researchers examined the differences in attitude and behavior of supervisors who had been abused by superiors and those who had not and, in turn, how each group treated their employees. They found that abused supervisors who purposefully distanced themselves from their manager expressed respect and kindness toward their own employees, despite the poor treatment they received from their own boss.

“The lesson here isn’t to hire more abusive managers, of course, but to try to encourage people who have been abused, among other things, to say, ‘Look, I’m not like my boss,’” the researchers said. “You can take a stand—not just by reporting the bad behavior, but by actively rejecting this abusive leadership style.”

The lead author said he doesn’t expect workplace abuse to disappear, but he notes that many companies are learning and trying to solve the problem through training and maintaining positive workplace climates.

So, what? One of the best things that an organization can do is to create a culture that encourages employees to “speak up” when they see bad behavior. Often this is difficult because of the fear of retribution, or a sense that nothing will change anyway. This allows bad bosses—and others—to get away with abusive behavior.

A recent survey from the Ethics and Compliance Initiative found that since 2013 the percentage of employees claiming to have experienced retaliation climbed from 22% to 44%. This could indicate employees have a more nuanced understanding of retaliation and are increasingly able to spot it.

Currently Alicia and I are working with a number of large businesses helping them to institute a “Speak Up” culture. It often requires a change in the way that people communicate with each other and a change in leadership style. Most of all it requires those at the very top to reward those that do “Speak Up” against abusive behavior—even when those that perpetrate the abuse are valued for their skills or “rainmaking” abilities.

Employees come to work or stay with a company for four main reasons.

Can a leader be too extroverted?