Your business trips can put you at risk for Alzheimer’s. 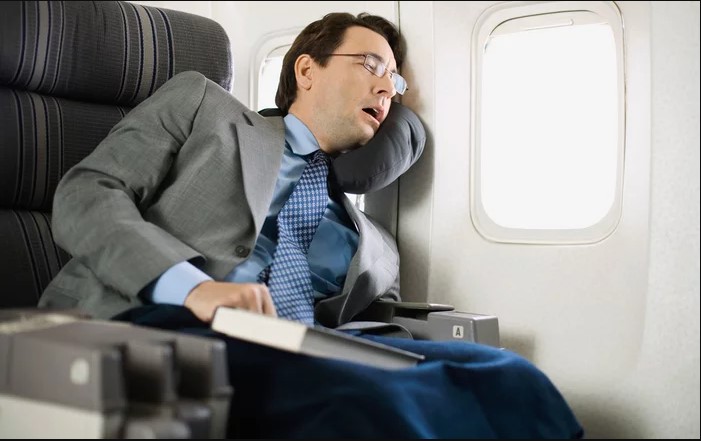 A study published in the journal Sleep journal shows that a variation in the melatonin receptor 1A (MTNR1A) gene is linked to the risk of Alzheimer's disease. The same team has also demonstrated that the same genetic variation reduces tolerance to shift work among the working age population.

Alzheimer's disease is a memory disorder that causes the brain to deteriorate. One of its risk factors is disruption of sleep and the circadian rhythm. Both of these are common are common among shift workers. Tolerance to the negative effects of shift work varies between individuals and is partially linked to individual genetic factors.

What the researchers say: The present study showed that in addition to Alzheimer’s diagnosis, the MTNR1A gene variation is linked to brain lesions visible in post-mortem brain tissues. Further, when the expression of the MTNR1A gene was reduced in the a cell culture, the beta-amyloid protein characteristic of Alzheimer's disease started to accumulate.   The previous study observed that the same gene variation that predisposes to shift work fatigue is associated with lower levels of the 1A gene expression in the brain. Combined with the new study this means that shift work (or any regular disruption of sleep patterns—such as crossing multiple time zones on business trips) is a risk factor for Alzheimer’s.   As the researchers say, “A genetic predisposition combined with a lifestyle that disrupts the circadian rhythm can increase the risk of Alzheimer's disease.”

So, what? Numerous international flights by themselves may not mean you get Alzheimer’s. But that there is a genetic link between intolerance to sleep disruption and dementia does not surprise me in the least. Alicia and I talk a great deal about the danger of going against what we call “human design-specs”—the common DNA we all share.   We tend to be fit and well when we do what we are designed to do, and we are not designed to bounce around between time zones or engage in work after dark. When we do we put our bodies and our minds at risk of stress and, ultimately, failure.

Torture, almost by definition, is stressing the human system beyond what it was designed to tolerate. This may be through the deliberate inflicting of pain, sleep deprivation or constant light in the pursuit of information. But it can also come, often less deliberately, through ostracism, being persuaded to eat sugary or fat-laden foods, deprived of exercise, lack of relational support and being forced to work long hours or without sufficient resources or being made to feel uncertain, not valued, or lied to in the pursuit of profit or personal gain.

Each of us is genetically more or less tolerant to all of these forms of stress, but we are all affected to some extent and even if we don’t get Alzheimer’s, there are plenty of other nasties ready to pounce.

What now? Much more weight must be given to how we humans were designed to do things and the increasing knowledge we are rapidly gaining must be put into practice. This is especially true in our work environment where beneficial change is the easiest to accomplish. What we do know from all the research is that by paying attention to our design-specs businesses can increase both their productivity and their profits.