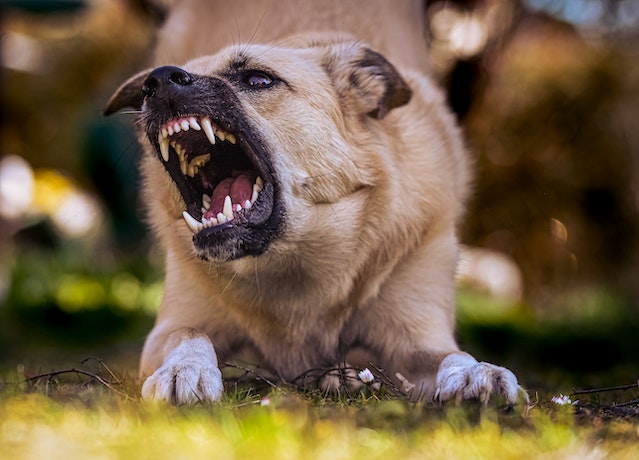 Dogs walked every day by their owners are less aggressive. Dogs owned by women bark less at strangers. Heavier dogs tend to be less disobedient than lighter pets. Pugs, Bulldogs, Shih Tzus and other short-snouted breeds may be more badly behaved than medium- and long-snouted dogs, such as Golden Retrievers or the caramel-colored mixed-breed dogs popular in Brazil. These are some of the findings of a fascinating new study conducted by researchers in Brazil.

The study sample comprised 665 pet dogs of different breeds as well as mongrels. An article on the study, published in the journal Applied Animal Behaviour Science, focuses on the correlations between aggressiveness and morphological, environmental, and social factors in the pet dogs analyzed. According to the authors, aggressiveness was influenced both by physical traits such as weight and skull morphology and by social and environmental factors such as the type of household, the animal’s life history and the owner’s gender and age.

The findings confirmed the researchers’ hypothesis that behavior is not only learned or influenced by genetics but also the result of constant interaction with the environment.

What the researchers say: “The results highlight something we’ve been studying for some time: behavior emerges from interaction between the animal and its context. The environment and the owner-pet relationship, as well as morphology, are all factors that influence how pets interact with us and how we interact with them,” said the lead researcher.

In the study, which was conducted during the COVID-19 pandemic, the owners of the 665 dogs in the sample completed three online questionnaires on themselves, the characteristics of their pets, the environment they lived in and any aggressive behavior, such as barking at or attacking strangers.

“The owner’s gender was found to be a good predictor of behavior toward strangers, in that absence of aggressiveness was 73% more frequent among women’s dogs,” said the article’s lead author.

In brachycephalic dogs, the snout is short and the cranium rounded. In mesocephalic breeds, the length and width of the skull are intermediate, and it has a squarish or triangular shape.

The study also found that the heavier the dog, the less likely it was to display aggressiveness toward its owner. The probability of aggressive behavior was found to decrease 3% per extra kilogram of body mass.

The owner-related findings are not cause-and-effect correlations, the researchers stressed. “We found relationships, but it’s impossible to say which comes first. In the case of the factor ‘walking the dog’, for example, it may be that people walked their dog less because the animal was aggressive, or the dog may have become aggressive because the owner didn’t take it out enough,” he said. “Traits such as weight, height, cranial morphology, sex and age influence the interaction between dogs and their environment. They may spend more time inside the home because of them, for example.”

Historically, canine aggressiveness used to be associated solely with breed, but there has been a paradigm shift in the last ten years, owing to research linking behavioral profiles to factors such as the age and sex of the dog, and its metabolism and hormones.

The study conducted was the first to analyze morphology and behavior, including aggressiveness, in mongrels, or dogs of undefined breed. “Researchers have only recently begun to investigate the influence of factors relating to the animal’s morphology, life history and origin [purchased or adopted], as well as characteristics of the owner, as our study did,” the lead author concluded.

So, what? Alicia and my dog, Maud (adopted) has the right muzzle, head shape etc. She is also a most loving dog. She adores children (babies especially) as well as adults. She has never gotten into a contre temps with another dog. She’s even welcome in the local hospital and medical building.

Her only failing is that she tries to protect the neighbors house from the neighbors. They, as a result, are not members of the Maud Fan Club.

The study is important because dogs are becoming more and more important in alleviating loneliness, aiding in therapy, helping people with special needs (“assistance dogs”), helping children to develop a sense responsibility as well as reducing allergies. A German study of a few years ago found that dog owners lived, on average, five years longer than non-dog owners and were, on the whole, fitter.

The study also adds to other recent research which found that a dog’s breed has little, if anything, to do with its propensity to aggressiveness and that some of the breeds (American pit bulls for example) which are banned in a number of countries and jurisdictions are actually among the least aggressive.