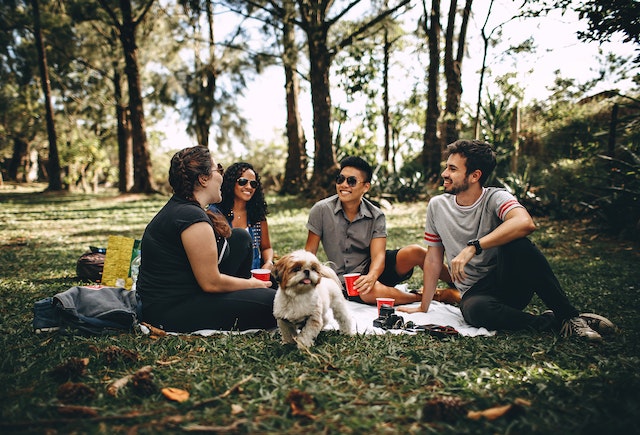 The time people spent with family over the festive period could have improved their health, according to new research published in Science Advances which examined how social bonds with close social circles and extended groups relate to health and psychological wellbeing.

The study used self-reported data from more than 13,000 people across 122 countries, gathered during the first wave of the COVID-19 pandemic.

Surveys assessed people’s strength of bonding with close social circles, such as family and friends, as well as with extended groups, such as country, government and humanity. People’s pandemic-related health behaviours and mental health and wellbeing were also measured.

Results show that only bonding with family, rather than other groups, is linked to engaging positively with behaviour which can improve health; in this case, examples included washing hands, wearing a mask and social distancing.

For example, 46% of people who had strong family bonds washed hands at least “a lot”, compared to 32% who were not strongly bonded with their family. Moreover, 54% of people not bonded with their family reported they never wore a mask. Bonded people were vastly over-represented among those who engaged in health behaviours. Despite people with strong family bonds constituting only 27% of the entire sample, they constituted 73% of those who engaged in social distancing, 35% of those who washed hands, and 36% of those who wore a mask “a lot” or more.

The study also found that having strong bonds with both close social circles and extended groups is associated with better mental health and wellbeing. Importantly, the greater number of groups people had strong bonds with, the higher their engagement in health behaviours and the better their reported psychological wellbeing was, with less anxiety and depression.

The research recommends that public health messaging focus on smaller networks as well as multiple groups, particularly in times of crisis when individuals should be encouraged to share their positive health behaviours with their close social circles.

It is also suggested that healthcare systems can reduce the reliance on pharmaceutical treatments by using social prescribing to support individuals who do not have these bonds in their life.

The results of the study, which included a broad range of countries, have implications for tackling negative physical and mental health effects from a global perspective. The study goes beyond the remit of traditional approaches in psychology by reaching so much of the global population.

What the researchers say: “This research speaks to the universal need to belong – this is one of the reasons we felt it was so important to include a truly diverse sample from across the globe. Wherever you are in the world, other people matter to you,” commented the lead researcher. “We found that having lots of groups was important to encourage better health behaviours, including bonding to abstract groups like your country or government, but most important of all are our closest friends and family — groups that we have likely recognised as being important since the beginning of human history.”

The researchers added: “At times of turmoil, such as during disasters, social crises, or pandemics, our social bonds can be key to receiving support. We look out to people we trust and identify with as we decide what course of action to take. That’s why our close bonds with family – the people many of us share significant life events with and learn from – can promote healthy behaviours.

“In the West, we tend to think of ourselves as individuals who have to survive and conquer the world on our own,” the lead author said. “Our research demonstrates that in fact, humans are very much social animals, who benefit from, and rely on, their communities in more ways than one. In challenging times this is even more pronounced. It is advisable for government policies to consider these psychological needs and mechanisms and involve local authorities and grassroots organisations for maximum efficiency and wellbeing in times of disaster.”

So, what? An interesting piece of research by the WHO over a decade ago said that 80% of relationships fail to satisfy people’s need for close bonding and for a sense of belonging. It may be that the mental ill-health pandemic we are living through (and which started long before COVID) may be directly related to this alarming percentage of relationship failure.

The truth is that we have largely forgotten the how-to of relationships in all areas. Further we have tended to prioritize material success, career, possessions and even social media connections over genuine and mutually supportive bonds. We seem to have become a society of individuals who value themselves and others by what they can buy.