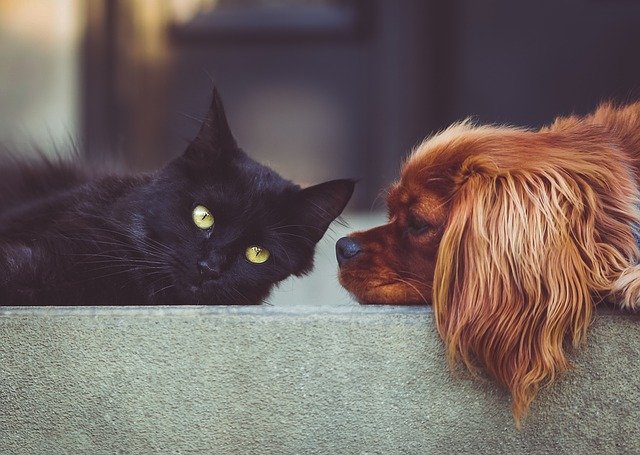 Her husband died years ago, her daughter lives on a different continent. She’s retired. Her sole companion is her dog—a somewhat elderly rescue greyhound named Missy. Like us, she is an expat from the US and she lives close by. We meet her on the days that we walk in the local park in the late afternoon.

The local authorities allow dogs off the lead in the park and Alicia likes to go there to watch the dogs play happily with each other and to chat to the owners about their pets. Around 4:30pm they gather to socialize—dogs and owners.

So many owners, like our greyhound-owning fellow American, have only their canine companions to live for.

The epidemic of loneliness is worldwide. It was a major factor in physical as well as mental illness long before the pandemic struck and has gotten far worse since. Although dogs are good for everyone (studies have shown that dog owners live about five years longer than people who’ve never owned dogs), lonely people see their canines as a substitute for human interaction.

Just over twenty years ago, Statistics Denmark presented the results of a survey of attitudes among Danes towards pets under the heading, “The dog is man's best friend, but there are more cats than dogs”. Back then, it may have seemed that cats were winning the popularity contest at the expense of the dogs, a trend similar to that in other Western countries at the time.

However, new figures from a comprehensive study conducted by Danish researchers demonstrate that dogs have clearly taken the lead in Denmark, and probably in most other countries as well.

What the researchers say: “Not only has the proportion of dog families continued to increase in relation to cat families, but the overall number of dogs living in Danish families now exceeds the number of cats,” said the study leader.

According to the study, 20 percent of Danish families own dogs today, whereas 14 percent own cats. This equates to about 810,000 dogs among families, while the number of cats stands at roughly 730,000.

The most common pets in Denmark and how many families have them:

The cats are falling behind in both number and significance.

The study also looked at the significance of dogs and cats to their respective owners. Here, the vast majority—over 90 percent of survey respondents—report that their pet matters to them personally. Nevertheless, the love of dog owners supersedes that of other pet owners.

“Compared to the other animals, including cats, it’s clear that people bond most with dogs. Among respondents with both dogs and cats who expressed that their pets meant a great deal to them personally, 78% stated that their dog meant most to them, while only 11% sided with their cat,” the researchers explained.

With regards to their medical wellbeing, dogs win big. Participants in the study who expressed that they were personally attached to their pets, were asked how much they would be willing to spend on a treatment to make their very sick pet healthy again. The alternative being for their pet to be euthanized.

“The study confirms that dogs can open human hearts and wallets like no other pet,” said the lead author.

So, what? I have had four dogs in my life: Blake, a mongrel, I was given when I was very young. Mutsie, a kelpie/German shepherd mix who adopted me when I was in my late teens. Biscuit, a beautiful dog who was half collie and half golden retriever who Alicia and I rescued from the local ASPCA pound and finally another adoptee, Tuppence, a red tick coon hound who we had to leave with friends who loved him when we came to Australia. I miss them all.

Humans and dogs have been living with each other for some 50,000 years. They do far more for us than we do for them, they work for us, they care for us, they keep us sane and healthy. Having a dog around us raises our immune system, forces us to exercise, and gives us companionship. Almost every week we find out new things about them. This week a study was published which showed that they could distinguish between a deliberate human action and an involuntary one.

Some dogs possess unique talents—just like humans. For example, they can perform remarkable feats of memory and word recognition. They can show empathy, humor and a sense of strategy.

Canines are a really remarkable species.

The epidemic of loneliness and social separation preceded the COVID-19 pandemic. Does household size, video calls with friends and family, working outside the home or being in the company of one’s children or pets make a difference in our feelings of social connectedness?