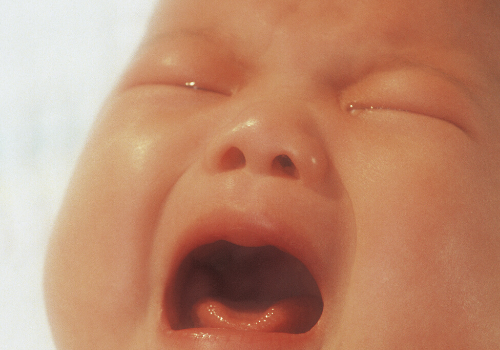 This prolonged fear and anxiety can not only take a toll on a person’s mental health, but may also have a lasting impact on a man’s sperm composition that could affect his future offspring. That is the finding of a provocative new study published in the journal Nature Communications.

The research outlines a biological mechanism for how a father’s experience with stress can influence fetal brain development in the womb. The effects of paternal stress can be transferred to offspring through changes in the extra cellular vesicles that then interact with maturing sperm. Extracellular vesicles are small membrane-bound particles that transport proteins, lipids, and nucleic acids between cells. They are produced in large amounts in the reproductive tract and play an integral role in sperm maturation.

What the researchers say: “There are so many reasons that reducing stress is beneficial especially now when our stress levels are chronically elevated and will remain so for the next few months,” said the study’s lead author. “Properly managing stress can not only improve mental health and other stress-related ailments,but it can also help reduce the potential lasting impact on the reproductive system that could impact future generations.

When sperm were incubated with these previously “stressed” extracellular vesicles prior to fertilizing an egg, the resulting mouse pups showed significant changes in patterns of early brain development, and as adults these mice were also significantly different than controls for how they responded to stress themselves.

To see if similar differences occurred inhuman sperm, the researchers recruited students from the University of Pennsylvania to donate sperm each month for six months, and complete questionnaires about their perceived stress state in the preceding month. They found that students who had experienced elevated stress in months prior showed significant changes in the small RNA content of their sperm, while those who had no change in stress levels experienced little or no change. These data confirm a very similar pattern found in the mouse study.

“Our study shows that the baby’s brain develops differently if the father experienced a chronic period of stress before conception,” the researchers said.

The research team found that stress-induced changes in the male reproductive system take place at least a month after the stress is alleviated and life has resumed its normal patterns. “It appears the body’s adaptation to stress is to return to a new baseline,” the lead author said, “a post-stress physiological state called allostasis.”

So, what? Of course, the “new baseline” may be pretty toxic to our system due the workings of the stress hormone cortisol. This new baseline thus may have severe mental and physical health implications—increased heart disease, diabetes, certain cancers, depression, anxiety etc.

This study is interesting in that it backs up studies done in 2011 and 2014 (reported in previous TRs), also controversial at the time, which showed that the stress of more than two job-loss episodes in life could affect sperm quality and lead to heart problems in offspring(assuming that they were born after the stressful events). The actual neurogenetic mechanism by which this happens is the “new” of this study.

The stressful events could also lead to heart problems—in both men and women—even decades later.

Even before the virus attack work stress was increasing by over 70 percent every four years—which, for the human system is unsustainable.

Like the Irish potato blight in the 19th century the combined effects of job stress/loss and COVID-19 will be with us behaviorally and cognitively for generations to come.