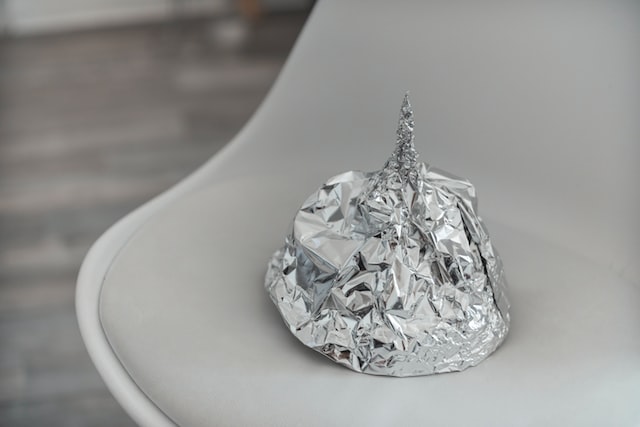 Important new research built on the idea that experiences of bullying may breed conspiracy beliefs because both are associated with similar psychological factors, such as feelings of paranoia. The results have been published today in Social Psychology.

Conspiracy theories are defined as ‘explanations for important events that involve secret plots by powerful and malevolent groups’ – from scientists and doctors to the boss in the workplace. This new study builds on previous research that has shown life experience can increase susceptibility to conspiracy theories and explores the theory that hostile workplace experiences could be linked to the development of conspiracy beliefs.

What the researchers say: “Bullying experiences can significantly impact the victim in numerous ways, with the development of conspiracy beliefs being another detrimental consequence,” the lead author said. “We believe victims of bullying may find conspiracy theories appealing because bullying experiences frustrate the exact psychological factors, such as disempowerment, that are a route to developing conspiracy beliefs.”

Two studies were carried out. The first measured 273 people’s experiences of a range of negative acts and demonstrated that experiences of workplace bullying were positively associated with conspiracy beliefs. The results also showed that people who experience workplace bullying were also more likely to report increased feelings of paranoia, which is also associated with a higher endorsement of conspiracy beliefs.

In the second study, 206 participants were asked to either imagine being bullied in the workplace or being supported positively at work. Those who imagined a bullying environment also reported an increased belief in conspiracy theories.

“We saw during the COVID-19 pandemic how conspiracy theories could take hold and spiral, with many circulating and gaining traction, particularly around vaccinations,” the researchers explained. “Our work shows how conspiracy beliefs can mobilize people in ways detrimental to a smooth-running society. This is why understanding how conspiracy beliefs form is essential. If we can get to the root of what factors influence them, we can develop ways to tackle this. We recommend that the next steps are to develop tools to support victims to try and avert the link between being bullied and conspiracy theorizing emerging.”

So, what? Bullying—cyber and other—at work is an increasing problem and this research is important in that it illustrates how being a victim of egregious behavior can lead a person to hold to a paranoid set of beliefs.

One of the most important books written about the holocaust was “Neighbors” by Jan T. Gross about the destruction of the Jewish community in the village of Jedwabne in Poland in 1941. It was one of several such massacres at the time. Though the killing was lauded by the Nazi occupiers it was the non-Jewish population which organized and carried out the murderous rampage and the final burning of the remaining Jewish residents of Jedwabne—and a number of others who had escaped similar atrocities in nearby villages—in a barn.

The population was driven to this killing frenzy in part by the paranoid belief that gentile children were sacrificed in Jewish rituals.

Yet the villagers were, like the modern conspiracy theory believers detailed in this research, themselves victims of bullies—the ruling elites that had exploited them for centuries, the more recent Soviet occupiers and then the German invaders.