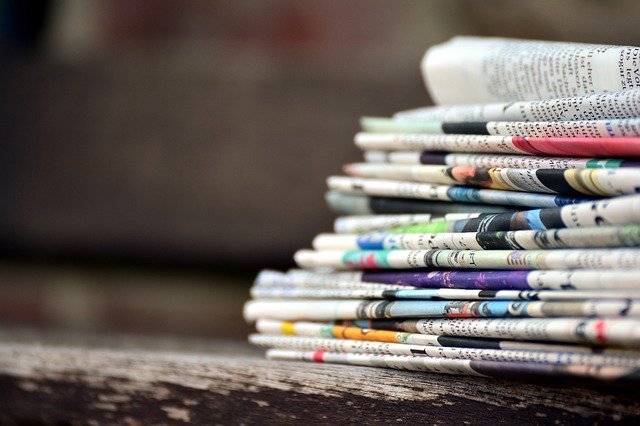 We live in a time when reality—about the real danger of COVID-19, the long-term peril of climate change and a whole range of other inconvenient scientific facts—is disbelieved or ignored by a significant portion of the world’s population.

Yet we also live in a time of unprecedented access to information. And in this era of sheltering-in-place around the nation and the globe, the desire for news may be higher than ever—at least for some people. But do we really want all this information, all the time? Some may indeed prefer to think happier thoughts and maintain an (overly) optimistic outlook about the health threat we face. Others may prefer not to know what the swings in the market are doing to their retirement savings.

Recent work has found that people at times prefer less information, even when this means they might not be able to make fully informed decisions. However, little is known about the prevalence of such avoidance. Who are the people who choose blissful ignorance over facing reality?

While previous work has looked at isolated decisions, a number of researchers set out to measure the desire for information across different areas of life. Are some people generally averse to learning information that could be painful, or do most people have some areas of their lives in which they would like to face the truth and others in which they would rather remain uninformed?

To address questions such as these, and measure individual preferences for obtaining or avoiding information, they crafted 11 scenarios involving three domains—personal health, finances and other people's perceptions of oneself—in which there was information that could help the respondent to make better decisions but might be painful to learn. For each scenario, over 2,000 respondents indicated whether they would want to receive information or to remain ignorant.

To see the scenarios for yourself and how you compare to others who have responded to the questionnaire, open here and test your own information preferences.

What the researchers say: "Economists have long thought 'the more, the better', when it comes to information," said the lead researcher. "This thinking doesn't fully reflect people's complex relationship with information. We wanted to create a way to measure an individual's tendency to pursue or shy away from information."

In one scenario, for example, participants had the option to learn as part of a routine medical exam the extent to which their body had suffered lasting damage from stress: a third of respondents preferred not to learn this information. And if they had gifted their favorite book to a close friend, 1 in 4 participants would rather not learn whether their friend had read and enjoyed the book.

"This work is a first step to understanding the pervasiveness and features of information avoidance in many real-life contexts," the researchers said.

The study showed that the desire to avoid information is widespread, and that most people had at least some domains, be it their health, finances or perception by others, in which they preferred to remain uninformed. The study also showed that the desire for information was consistent over time; those who expressed a preference for avoiding information at one point in time expressed similar preferences when asked again weeks later. Furthermore, how people responded to the hypothetical scenarios predicted real consequential decisions they were presented with to receive or avoid obtaining information.

Although information may feel painful in the moment, such knowledge often leads to better decisions in the future. The researchers found that people who are more impatient are also more likely to avoid learning information, preferring to avoid the prospect of immediate pain rather than make better long-term decisions. Information is also uncertain in that it can be either good news or bad news, and survey respondents who were more willing to take risks with monetary stakes were also more likely to want to learn information, risking bad news for the possibility of good news.

Being able to measure people's preferences for obtaining and avoiding information has wide-ranging implications in many areas of public life, from financial decision-making to health interventions. "If there are some individuals who just won't respond to informational campaigns, and you can assess who they are, you might design a different intervention just for them," said the lead author. "This can be for reducing an unwanted behavior, such as smoking, or to encourage a positive behavior, such as obtaining a vaccine or exercising regularly. Just as personalized medicine has the promise to revolutionize treatment, so can informational interventions be tailored to take into account an individual's desire for information."

So, what? Alicia has a favorite phrase “The truth will set you free, but first it will p*** you off.” I would be interested to know if the percentage of people who avoid painful truths has been stable over time or whether it has increased over the last 100 years.

Populism and modern authoritarianism depend on people ignoring truth and preferring simple fallacies—“it’s all the fault of the Jews,” or “climate change is a Chinese hoax,” or even “COVID-19 is no worse than a bad cold.” Believing each of these means ignoring painfully obvious realities, and yet in some places a majority of people have done or do now.

Much research (see previous TRs) has shown that we have a tendency to believe what we want, or have been programmed, to believe and we ignore facts which contradict those preferred, acquired or innate beliefs.

According to research published this week, this is particularly true in times of stress, or in emergencies and this makes sense in terms of our evolutionary heritage. In times of perceived danger, we are programmed so that our sympathetic nervous system goes into high gear. Our whole biological and nervous system prepares for flight, fight or freeze. Cognition is entirely taken over by the amygdala—the “amygdala hijack” made famous by Daniel Goleman—and rational, considered, decisions are impossible.

I often rant on about the five horsemen of the modern apocalypse—climate change, overpopulation, unrestrained AI, genetic engineering of humans and inequality (each of which could destroy us as a species)—yet I and other serious scientists and philosophers face a stream of denial. The only real advantage of the current virus is that it has put back the dire consequences of climate change by a few years. It has, however,increased inequality.

We live in a time of unprecedented access to information. But do we really want all this information, all the time?

Science proves that what doesn't kill you makes you stronger

Failure early in one’s career leads to greater success in the long term for those who try again.