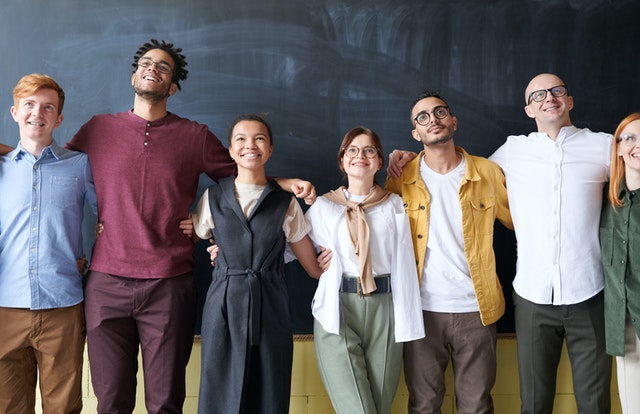 If you're reluctant to identify as a Democrat or Republican even though you are staunchly liberal or conservative, you're probably also less prone to bias in other ways.

In a time where political affiliations can feel like they're leading to tribal warfare, a research team has found that the desire to be part of a group is what makes some of us more likely to discriminate against people outside our groups, even in non-political settings.

What the researchers say: "It's not the political group that matters, it's whether an individual just generally seems to like being in a group," said the lead researcher.

The research appears this week in the Proceedings of the National Academy of Sciences.

For one test, the participants were divided into groups according to their self-declared political leanings. In another setting, the groups were organized more neutrally, based on their preferences among similar poems and paintings. In a third test, the other recipients of the money were chosen at random.

The researchers expected to find the stronger people's opinions were within their group, the more they would discriminate against people outside the group. But that wasn't the case.

What they found instead was that being more attached to the group itself made participants more biased against people outside their groups, regardless of the context, compared to people with similar political beliefs but who didn't identify as Democrat or Republican.

"There is this very specific distinction between the self-declared partisans and politically similar independents," the researchers said. "They don't differ in their political positions, but they do behave differently toward people who are outside their groups."

"People who say they're politically independent are much less likely to show bias in a non-political setting," they commented.

"We don't know if non-groupy people are faster generally," the lead author said. "It could be they're making decisions faster because they're not paying attention to whether somebody is in their group or not each time they have to make a decision."

What makes people groupy? The researchers don't know, but they did rule out some possibilities. It doesn't relate to gender or ethnicity, for example.

"There's some feature of a person that causes them to be sensitive to these group divisions and use them in their behavior across at least two very different contexts," the researchers said. "We didn't test every possible way in which people differentiate themselves; we can't show you that all group-minded identities behave this way. But this is a compelling first step."

So, what? There has been so much research which shows that humans are “group” animals. We can belong to many groups (a political party and a sports association for example) and the stronger we identify with them the more we adopt their “group think” and stoutly defend it—even if we don’t actually believe it. Assent to the beliefs is a “ticket of entry” to the group and your defense of the doctrines of the group signals your membership of it.