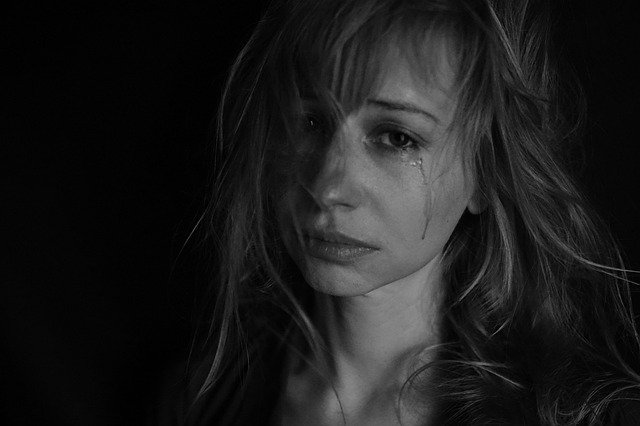 Since the COVID-19 pandemic began, the rate of domestic violence in Europe (including the UK) has increased by 60% according to the WHO. That’s a frightening statistic because it had been steadily increasing before that—and not just in the EU. Spousal, child, and aged abuse have all been escalating over the last 20 years at an alarming rate.

Historically Australia has had abuse rates that were lower than many other developed countries.

So, when one in six Australian women report experiencing physical and/or sexual violence—and one in four report emotional abuse—by a current or previous cohabiting partner since the age of 15, you know there’s a deep problem.

But when it comes to discussions around the impact of that violence on women’s mental health, all too often their trauma is pathologized, with a focus on fixing the individual, rather than homing in on the significant societal issues that allow the abuse to happen in the first place.

The lead researcher in the new study says we need a completely new approach to women’s mental health following intimate partner violence (IPV) and coercive control, one that sees a woman’s distress as a normal response, in a society where gender inequalities and biases underpin that violence.

What the researchers say: “When women experience psychological and emotional distress in response to IPV—and this can continue for a long time after leaving—it is generally understood and categorized as ‘trauma’, ‘anxiety’ or ‘depression’,” she said.

“But this serves to detach the distress from the violence and control that caused it and casts the woman survivor of that violence as having the ‘problem’, her problem, that she must now manage and recover from. Even if there is some understanding that the violence caused the distress, she nonetheless becomes defined as psychologically unwell and damaged. We need to reframe women’s mental health after IPV by looking at wellbeing in its social context to understand that the distress from violence is actually very normal, not diagnosable.”

The researchers drew on responses from a large national study to gain an understanding of women’s experiences of IPV and the far-reaching effects it has on their lives. Their study showed that while almost three quarters of women described good psychological well-being prior to IPV, more than half the women surveyed were diagnosed with a mental illness after IPV. Just think of those figures for a minute.

One of the important findings of the study is the interconnected impacts of IPV on mental health, housing, employment, and social participation—what the researchers call key domains of citizenship.

“IPV often amounts to an assault on women’s citizenship into the long term, stopping them from exercising their rights across all areas of citizenship,” the lead author said.

“When people have good mental health, decent housing, satisfying employment, and sufficient income and can be socially connected to others, they can participate properly and equally in society as full citizens.

“When we respond to women who are struggling with mental health as a result of IPV, we need to look beyond medication and counselling to make sure they have access to decent housing, quality low-cost or free childcare so that satisfying work is possible, and support groups and other local community services to reduce isolation.

“If you look at one domain alone—such as mental health—as if it is a silo, you don’t see the compounding nature of the impact of IPV across all aspects of a women’s life.”

The researchers note that IPV will not decrease—and women will not take their place as full and equal citizens—until the gender inequality that enables gendered violence is addressed.

“There also needs to be widespread education in our community about the nature of violence against women and its impact,” said the researchers.

So, what? This research may in some ways be a restatement of the obvious. However, it’s important in that it looks at the broader social issues.

In truth we are all abused by a system in which we are all exploited. The abuse takes different forms whether we’re men or women, parents, children, the aged, employees or the unemployed.

Men may abuse women if they themselves feel disempowered through inequality, unemployment, reduced wages or status deprivation. Women can also be abusers for many of the same reasons, though often their abuse takes more subtle and emotional rather than physical forms.