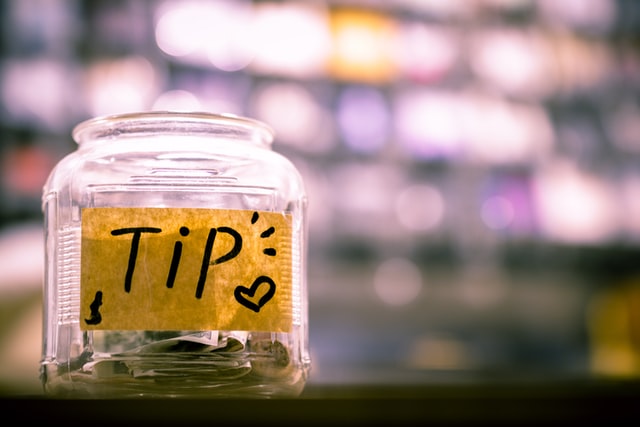 Lots of stories this week have shown that giving makes you more beautiful and enables you to live longer.

As if on cue, researchers published a paper in the Journal of Marketing that examines the effectiveness of what they call "the dueling preferences approach" on prosocial giving.

For example, one recent "ballot bin" in London asked smokers whether flying or invisibility is the better superpower, allowing them to express their preference by depositing their cigarette butts in one of two labeled compartments. This set-up can be found in a variety of other settings designed to increase prosocial acts. Cafés have started to position two tip jars rather than one, asking patrons whether they prefer Star Trek or Star Wars. Similarly, the ASPCA asked people to donate money by expressing their preference for cats or dogs ("Vote for your Paw-sident"). How very topical!

This set-up, in which the act of giving is framed as a choice between two options, is called the "dueling preferences" approach. But the question remains: Is the dueling preference approach really more effective at increasing prosocial giving than traditional approaches? And if so, why?

The research team set out to answer these questions. They conducted initial experiments in real cafés and with real charities using several different "duels" (summer vs. winter, mountains vs. beach, chocolate vs. vanilla ice cream) and discovered that the dueling preferences approach can indeed be more effective than traditional approaches at increasing small prosocial gifts. In particular, the dueling preferences approach increased people's likelihood to tip/donate and how much money they gave.

What the researchers say:  "People love to talk about themselves and share their opinions,” said the lead author. “In fact, the parts of the brain that light up when we get to share our opinions also light up in response to finding $10 or getting a sweet treat. This fact about human psychology ultimately makes the dueling preferences approach an inherently attractive and motivating opportunity. People are willing to give money to share what they believe in."

Of course, the dueling preferences approach must be implemented tactfully. People may be willing to give money to share what they believe in, but what if a duel captures an issue people don't believe in?

"When we tested a duel that asked people's preferences for the letter ‘A’ vs. ‘B’—a relatively uninspiring issue—we were not able to increase prosocial giving,” observed the researchers. “Similarly, when we tested a duel that was interesting to some, but not to all—one's preference for pets—we found that the duel only increased giving among those who found the issue to be important to them. Also, people do not always want or even need to express themselves."

While the inherent need to say something about who we are is critical for harnessing the power of dueling preferences, people differ in what and when they want to share. As a result, it takes some thought to figure out exactly what options to choose, when, and among whom to deploy this approach.

In making decisions, are you an ant or a grasshopper?

In one of Aesop's famous fables, we are introduced to the grasshopper and the ant, whose decisions about how to spend their time affect their lives and future. The jovial grasshopper has a blast all summer singing and playing, while the dutiful ant toils away preparing for the winter.