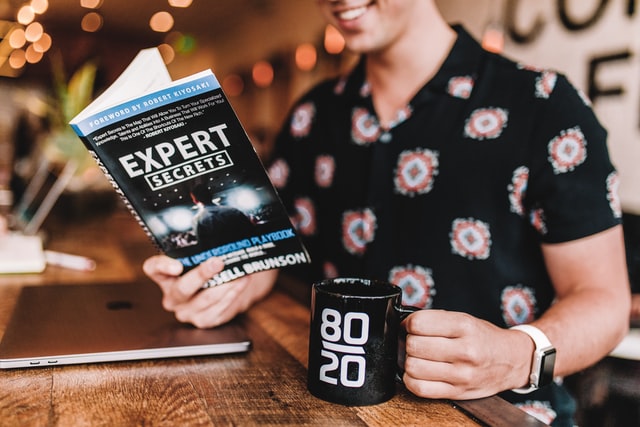 When you want advice to achieve something, whom would you rather ask: the top performer in that area or someone barely scraping by? Most people would choose the top performer. That person’s advice, however, may not be any more helpful, according to an interesting new study.

What the researchers say: “Skillful performance and skillful teaching are not always the same thing, so we shouldn't expect the best performers to necessarily be the best teachers as well,” said the lead author of a recent Psychological Science article.

Across four studies the researchers found that top performers don’t give better advice than other performers. Rather, they just give more of it. “People seem to mistake quantity for quality,” they wrote. “Our studies suggest that in at least some instances, people may overvalue advice from top performers.”

In the first study, the researchers set out to determine whether people believe an advisor’s performance is a robust indicator of the quality of their advice.

The researchers then asked participants to choose which advisors they would prefer to receive advice from to get better at the task. Participants showed a strong preference for the best performers, regardless of how the question was asked (i.e., in a free-choice or forced-choice format).

In the same study, another 2,085 participants were randomly assigned to either get advice or not. After playing one round of Word Scramble, participants in the advice condition received direction from a random advisor, then played five more rounds. The no-advice participants played six rounds without feedback. Advisees performed better after receiving advice, and they tended to perform better with each subsequent round. But the advice from the best performers was no more helpful, on average, than the advice from the other performers. The researchers conducted a similar study with darts, showing a similar pattern of results.

“In our experiments, people advised by top performers thought that it helped them more, even though it usually didn't. Surprisingly, they thought this even though they didn't know anything about the people who wrote their advice,” commented the senior researcher.

The team conducted two more studies to understand why the advice from better performers seemed better. Two undergraduate research assistants who were blind to the study’s purposes and hypotheses coded the advice for seven properties: authoritativeness, actionability, articulateness, obviousness, number of suggestions, “should” suggestions, and “should not” suggestions. Each property was analyzed for its perceived helpfulness and perceived improvement.

“Top performers didn't write more helpful advice, but they did write more of it, and people in our experiments mistook quantity for quality,” said the lead author.

So, why wasn’t the advice more helpful? The researchers have a few ideas.

First, skilled performers may overlook fundamental advice because “natural talent and extensive practice have made conscious thought unnecessary. … A natural-born slugger who has played baseball every day since childhood may not think to tell a rookie about something they find utterly intuitive, such as balance and grip,” they explained.

Second, top performers may not be skilled communicators. They found that even when an excellent performer does have explicit information to share, they may not be especially adept at sharing it. Finally, a large quantity of advice may be too much to be realistically implemented.

“We spend a lot of time and money looking for good advice, whether from coworkers and coaches, teachers and tutors, or friends and family,” said the lead author. “The next time you get advice, you may want to think less about how much of it there was, and more about how much of it you could actually use.”

So, what? This study may seem something of a discovery of the obvious. However, Alicia and I have found that there is a tendency in many organizations to give undue weight to the advice of high performers or to promote them to leadership positions. Often, neither turns out very well.

The latter—promotion based on performance—falls outside the scope of this study and has been covered before in TR. However, I think that the same “high-performance bias” operates in both instances to the detriment of the organization.

Skillful performance and skillful teaching are not always the same thing, so we shouldn't expect the best performers to be the best teachers as well.