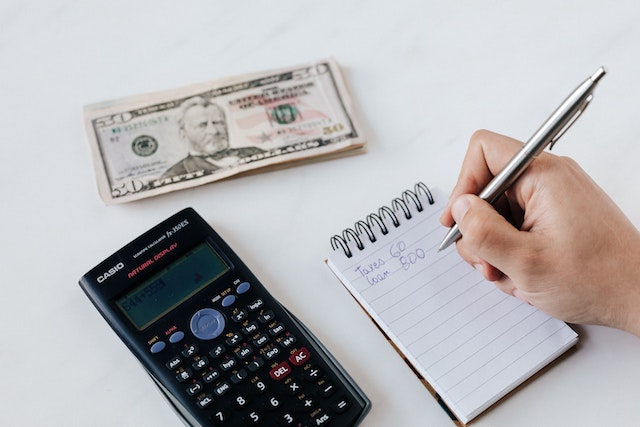 Financial literacy declined in America between 2009 and 2018, even while a growing number of people were overconfident about their understanding of finances, according to an interesting new study.

The researchers found that the average score on a test of objective financial knowledge declined steadily when different groups of Americans were surveyed four times between 2009 and 2018. But the other interesting thing was that they found that the percentage of people who believed they were above average in financial literacy – but actually scored lower than average on the test – increased from about 15% in 2009 to nearly 21% in 2018.

The researchers didn’t say whether the tests included members of Congress, the Administration or the Federal Reserve.

What the researchers say: “The results raise the question of whether we’re doing enough or doing the right things to educate the public about the basics of finances needed to run a household,” said the lead researcher. “Not only are scores on a measure of financial knowledge declining, but a growing number of people think they know more than they do.”

The study’s results appear in the latest issue of the Journal of Financial Counseling and Planning.

The researchers used data from the National Financial Capability Study (NCFS). The NCFS interviews Americans from every state every three years about their financial knowledge and behavior. This new study included data from the 2009, 2012, 2015 and 2018 surveys, each of which included between 25,000 and 29,000 Americans.

The researchers took the results of the survey and then controlled for characteristics like age, race and ethnicity, and education to see if changes in the composition of the respondents from survey to survey may have influenced the findings. But even with the controls, financial knowledge declined in all four waves of the surveys analyzed.

The decline in knowledge was confirmed in several different ways.

One of the multiple-choice options on all the questions was “don’t know,” which allowed participants to respond without guessing. The researchers found that the number of “don’t know” responses increased between 2009 and 2018, even with the controls.

“We were seeing more people who admitted they just didn’t have a clue about how to answer some questions,” the researchers commented.

Respondents were also asked to rate themselves on a scale of 1-7 on their “overall financial knowledge.” In this case, the results showed respondents in 2012 and 2015 thought they knew more about finances than those in 2009, controlling for other characteristics. But those surveyed in 2018 were not significantly different from those in 2009 in how much they thought they knew about finances.

The researchers calculated how overconfident respondents were in their financial knowledge by comparing how well they scored on the objective test with how highly they rated themselves on their financial literacy.

The overall level of overconfidence bounced around a bit between the four surveys, with no clear trend. But when the researchers looked at the percentage of people who were overconfident, that did rise from 15% in 2009 to about 21% in 2015 and stayed at about the same level in 2018.

“It is interesting that we have more Americans who are overconfident in their financial abilities at the same time they give more ‘don’t know’ responses to questions in the survey. We need more research to figure out why that is.”

Although the results did show concerning trends about the decline in Americans’ financial literacy, the data cannot answer why this is happening. One reason, the researchers speculated, may be the well-documented decrease in math skills in the United States.

“To a great extent, financial literacy depends on math ability,” they noted. “If you can’t do simple math, it is difficult to figure out how much money you would earn in a savings account at a certain interest rate.

So, what? The findings in this research tie in with the results of other studies in the US and elsewhere which show not just declining financial acumen but also a decline in reading, writing skills, attention span and overall cognitive ability.

Previous studies have also shown that literary, financial and cognitive skills are declining most rapidly in rural as opposed to urban areas.

Social media may be partly to blame for the overall decline—especially in thinking ability—but probably of more importance is the overall feeling that someone or something else (Google or AI) will do the work. So, there is no incentive to increase one’s own knowledge.

Also, there is the inescapable fact that many forces in our economic and political systems have a vested interest in having an uninformed and therefore more easily controllable populace.

We have difficulty appreciating just how enjoyable thinking can be and prefer to keep busy with devices and other distractions, rather than taking time for reflection and imagination.

Not only are scores on a measure of financial knowledge declining, but a growing number of people think they know more than they do.

Workplace bullying affects one in 10 employees, costing employers billions of dollars every year in absenteeism, stress leave and lost productivity. And it is rapidly increasing.