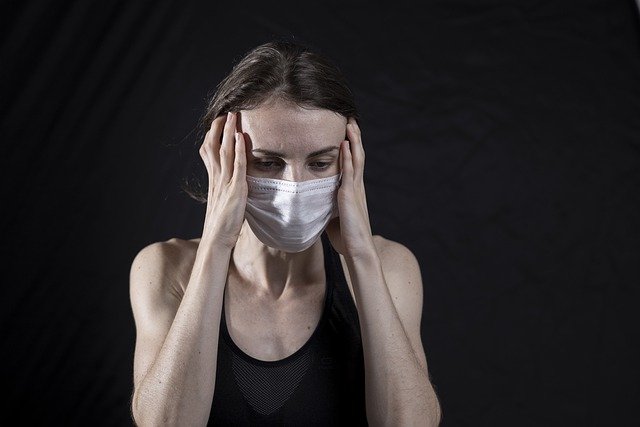 A new study found that individuals with physical, social, and financial assets, particularly higher incomes were less likely to experience sustained depression during the pandemic.

The COVID-19 pandemic has had a profound impact on mental health, contributing to an increase in persistent and elevated depression. But individuals with high assets may be shielded from the burden of persistent depression, according to the new study.

Published in the journal Science Advances, the researchers found that 1 in 5 adults experienced persistent depression, both at the start of the pandemic and one year later, but those who had access to more physical, social, or financial assets—particularly higher incomes and more savings—were less likely to experience sustained depressive symptoms.

The findings also showed that job loss, financial difficulties, or relationship problems were important predictors of depression in the pandemic.

What the researchers say: “We have been observing particularly high rates of depression since the beginning of COVID that have persisted throughout,” said the study’s lead author. “This suggests a substantial burden of poor mental health in the population that is persistent, particularly among those who have fewer assets.”

For the study, the team analyzed longitudinal survey data on depression prevalence, assets, and stressors among a nationally representative sample of US adults ages 18 and over. Approximately 25 percent of women reported symptoms of persistent depression at the beginning and end of the first year of COVID-19, compared to 15 percent of men, and adults ages 18 to 39 experienced persistent depression more than any other adult age group during this time period.

Persistent depression was highest among people in low-income households and those with fewer savings.

Notably, the researchers found that these assets did not prevent people from experiencing persistent depression after the first year of the pandemic if they still struggled with job loss, financial difficulties, or relationship issues. But absent of these stressors, having assets substantially reduced the likelihood of an individual experiencing persistent depression.

“These findings show that mental illness is one of the consequences of the pandemic, and one that will stay with us for years to come,” the researchers said.

Identifying ways to bolster financial assets and reduce stressors among people experiencing mental health challenges will be critical beyond the pandemic, said the study’s co-author.

“It will be important to make sure that we have the resources available to help people with depression in the long-term after COVID-19, particularly those who already have fewer economic assets to protect themselves from the mental health consequences of the pandemic.”

So, what? The depression rate was rising fast well before COVID struck. By 1989 it was doubling every 20 years and by 2020 it was increasing by the same amount every seven years.

There are so many reasons for this terrifying rise, and they range from airborne pollution, dehumanization of work and society generally, social media, isolation, increasing social and work stress, inequality, natural area degradation, job and income insecurity and even climate change.

That the pandemic has made things worse is beyond dispute. However, it is wrong to blame it all on the virus. Job insecurity, for example was becoming more and more of an issue long before 2020 with digitization, automation, gig work, the ending of benefits and unequal contracts.

With the exception of pollution, the pandemic made all those depression-inducing factors worse. It has also led to a greatly increased level of inequality and with it, social unrest.

1 in 5 adults experienced persistent depression, both at the start of the pandemic and one year later, but those who had access to more physical, social, or financial assets—particularly higher incomes and more savings—were less likely to experience sustained depressive symptoms.

How ads with dogs and cats affect consumer behavior