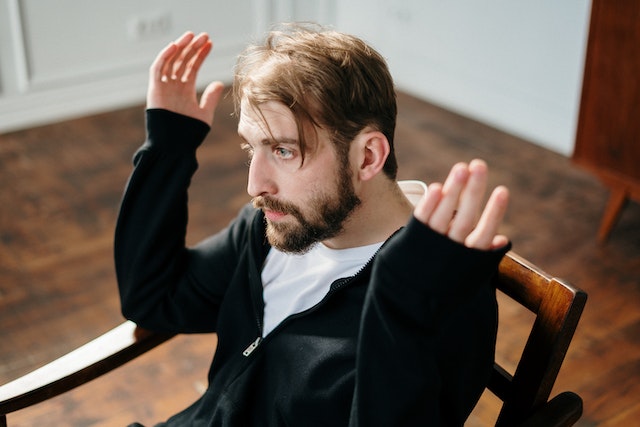 The popular stereotype that men don’t want support during a breakup, separation or divorce is simply not true, according to new research. In reality, many men do seek out help by accessing online resources, coaches and self-help books, or they reach out to friends, family and community-based groups, and some engage professional counsellors.

The senior author said men can be resourceful and resilient as they work their way through painful relationship changes.

What the researchers say: "A failed relationship can lead to significant mental stress—men already have higher risks for suicide than women, and marital separation increases that risk four times. By exploring the ways through which men seek help after a breakup, we can potentially design better supports for their mental health," she explained.

"It’s also important to shift the narrative," the researchers added. "The story that is most often told is that when a relationship breaks down, the man goes into crisis and/or perpetrates violence on his partner, but this is not the trajectory for most men. It’s helpful for guys to see that most breakups end with the men working through their challenges by leaning into help.

"We’ve known that men seek help when an intimate partner relationship breaks down, but we always thought it was professional help they sought. Our research shows that they creatively used various strategies.”

One of those is doing solitary work and reaching out to established connections. About a quarter of the men said they did a lot of internet searches for blogs, coaches and other resources. These guys typically were younger or their relationships had shorter durations. They reached out to friends or family members, not necessarily to find a solution, but to chat things through, or they read self-help books.

Men who had been in longer-term relationships, where children are involved or who may be dealing with litigation, division of assets and so on, were more likely to make new connections and seek out community-based help like local dads’ groups or groups of men who have been through separation or divorce.

About half the men engaged professional mental health care services such as counselling. Typically, these were men who had a pre-existing mental illness or those who needed formal help to get through the enormity of what they were feeling.

This paper disrupts the stereotype that men do not go to the doctor, and they don’t want help, notes the lead author.

"It shatters the trope that men aren’t emotional and aren’t affected as much as the rest of us by a breakup. We also tend to think that men don’t do introspection or vulnerability, but a lot of the men were really engaging in that deep kind of work."

She adds that there’s not a lot of resources out there to help guys build better relationships.

For men currently dealing with a breakup, the researchers recommend taking the time to "sit with the emotions that go with the breakup. You can be sad and happy, angry and sorrowful at the same time. Look to reconnect or stay connected with friends and family. Be careful about substance use. Maintain a routine, get some exercise and be open to reaching out for professional help."

So, what? This is a useful bit of research which helps to shatter a number of myths about men and male attitudes to break-ups.

The idea that men—or males of any mammal species—are less emotional is widely held but totally erroneous. Men show emotions in different ways, just as they display different symptoms of common mood disorders such as depression. This has led researchers down many blind alleyways in the past and has led to quite silly notions of “manliness.”