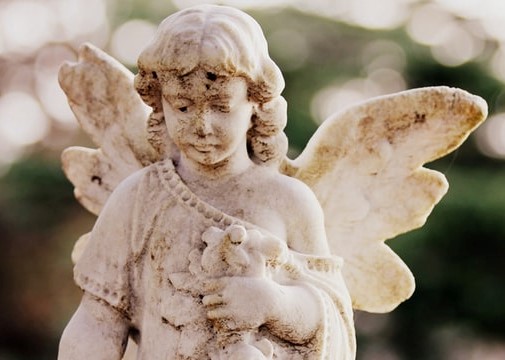 Around eight in every 100 children aged 9-10 years in the USA report suicidal ideation (temporarily or regularly thinking about, considering, or planning suicide), according to a new nationally representative observational study of almost 8,000 children,published in The Lancet Psychiatry journal.

The study, which is the largest of its kind in the USA, identifies important risk and protective factors associated with childhood suicidal ideation which could be used to identify vulnerable children and plan interventions to promote mental health in school and at home.

What the researchers say: “While a minority (around 8%) of 9-10 year olds express suicidal thoughts, the robust associations shown in this study with psychological problems (mostly anxiety and depression) and family conflict provide practitioners with important information as to how they can intervene to help children and their families,” said the lead author.” The same applies to the protective influences which involve higher parental supervision (i.e. knowing where children are, what they are doing, and with whom) and positive school engagement, which are actionable and modifiable.”

She continues: “Although the best way of offering support to children is unclear, current evidence suggests that school-based programs which aim to increase awareness, like the Mental Health Packs for Schools initiative in the UK, are likely to be successful public health interventions for reducing both suicidal behaviors and suicidal ideation.”

In the USA, suicide is the second leading cause of death in 10-14-year-olds, and the number of children's hospital admissions for suicidal thoughts or self-harm has more than doubled over the last decade. However, suicidal thoughts and behaviors among children have to date received comparatively little attention compared to older age groups.

The researchers based their findings on data from 7,994 children (average age 9.9 years) taking part in the Adolescent Brain Cognitive Development (ABCD) study—which is following the largest nationally representative sample of 9-10-year-olds living in the USA.

To measure suicidal ideation for each child, caregivers and children were independently asked about current wellbeing and suicidal history as well as personal, family, and social characteristics using questionnaires.

Modelling was used to quantify the association between suicidal ideation and a wide array of personal, family, and social characteristics in children who had caregiver-reported (654 children) or child-reported (684 children) experiences of suicidal ideation, and those who had never expressed suicidal thoughts or behaviors according to caregiver and self-reports (6,854 children).

Although suicide planning and suicide attempts are relatively rare, the researchers found that factors associated with an increase in risk of suicidal thoughts included psychological problems and exposure to child-reported family conflict.

Children, and particularly boys, who experienced suicidal ideation also reported on average spending around an hour longer using screen-based devices at weekends. However, the authors caution that more research is needed to understand whether the relationship between screen time and suicide ideation is causal (e.g. the result of increased exposure to cyberbullying or negative social comparisons) or correlative (e.g.linked with social withdrawal or avoidance).

Importantly, the researchers only noted agreement between caregiver and child reports of suicide ideation in 17% of cases indicating that suicidal thoughts and behaviors in children cannot be reliably assessed by parental report alone.

“Fears of stigmatization, communication difficulties, and lack of social and family support may mean young children feel less comfortable talking about their mental health,” explains the co-author. “This disconnect underscores the need for separate and independent assessment of suicide risk in children and parents.”

So, what? What is crystal clear from this study is that if we are to develop effective suicide prevention interventions, it is essential that we identify and target the main childhood risks. In particular, greater effort to protect children from early life adverse experiences is vital, given that family conflict was associated with between a 30% and 75% increased risk of suicidality.

As the stress level in our society increases—particularly the increase in unemployment and employment in insecure gig and low-paid jobs—family conflict is bound to increase (we wrote about this extensively in our book “Raising an Optimistic Child”).