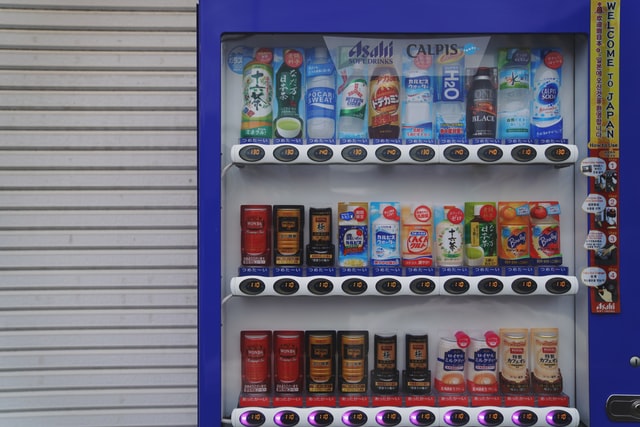 This study is of immediate interest to people whose job it is to market consumer products—but also to those who want to market ideas and need to influence which ideas or strategies are chosen.

The researchers pointed out that it’s one thing to decide among two or three snacks available at a friend’s house. But what do people do when they’re faced with a vending machine offering 36 different options?

Their study using eye-tracking technology suggests that the amount of time people spend looking at individual items (or, one assumes, ideas or candidates) may actually help them decide. Findings showed that people tended to choose snacks they spent more time looking at, sometimes even over snacks that they rated more highly.

What the researchers say: “We could do pretty well predicting what people would choose based just on their ratings of the snacks available to them. But we could do an even better job by accounting for how much they looked at each item,” said the study’s co-author.

The research was published this week in the journal eLife.

The study involved 49 people who said they were fans of snack foods and who agreed to fast for at least four hours before the study—to make sure the task was relevant to them.

On a computer screen, the participants were shown sets of 9, 16, 25 or 36 different snack foods and asked to choose which snack they would most like to eat at the end of the experiment. They did this multiple times over the course of the research. An eye tracker recorded exactly where they looked while making these choices. After the experiments, participants rated how much they liked all 80 snacks that were part of the study.

The results showed that people didn’t look carefully at all the items before making a choice, or even just look at each item until they found one of their favorites. Instead, they looked around in a way that at first glance looked random but depended on the physical location of the items as well as how much they were liked.

“There is this peripheral screening process where people learn to avoid even looking directly at the snacks they don’t really like,” said the lead author. “This is not something that we see in studies where participants only have two alternatives. It only occurs when they have lots of options.”

One of the leading theories among researchers is that when people are presented with many choices, they scan until they find something that is “good enough”—in this case a snack they will enjoy, regardless of whether it is their favorite.

But that’s not what happened, the researchers said. If this “satisficing” model were true, people would quit looking as soon as they found a snack that was good enough. But results showed that participants chose the last snack they looked at only about 45% of the time.

Instead, what seemed to happen most often is that people would look through the items, often going back and forth between them, until one item stood out from the others—often the snack they looked at the most.

“People made a choice when they concluded the best option was sufficiently better than the next-best option,” he said.

Where the snacks appeared in the display—left or right, top or bottom—didn’t play much of a role in people’s decision-making.

“Pretty quickly their attention gets drawn to their higher-value options. That influences their search process, and their gaze starts to jump around less predictably,” he added.

So, what? The ratio of time to decision-making has been the subject of intense study over the last few years, and a lot of accepted theories have had to be discarded in the process.

Interestingly, in terms of this study previous research has shown that the longer we take to make a decision, the less good it is. The longer we think about it the worse the outcome. It would be interesting to do a follow-up study to discover how satisfied people were with the choices they made during this experiment and what factor it was that made the eye stay longer on one item.