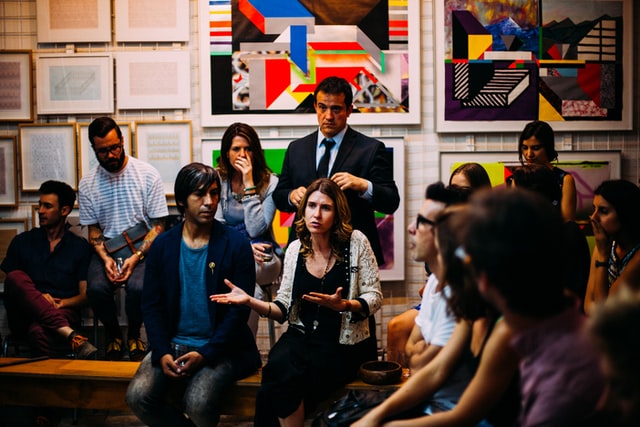 Very few studies are aimed at finding out the best dialogue techniques, but this is one of them, and that makes it important. It’s about the art of disagreeing without harming relationships.

You may recognize yourself. You’re part of a group where everyone seems to agree more or less all the time. You may disagree, but you’d rather not speak up, and the others aren’t voicing any disagreement either.

These meetings are dominated by a few individuals, or maybe just one person. Everyone else nods and smiles at the chairperson, at least until you talk to them one-on-one. Then it turns out that you weren’t the only one who had unspoken objections. We call this the mouse trap and we’ve seen it operate in so many organizations

What the researchers say: “Basically, voicing disagreement is difficult. People in groups often have a tendency or desire to align with others, either certain group members or someone who is clearly the leader. Sometimes this tendency becomes so strong that people are afraid to stand out,” said the lead author.

But maybe you don’t think you need to speak up? This is how your group operates, you say, and it’s working—sort of. But “it’s working” can be destructive.

“We have to have respect for things that work, but sometimes that by itself can be destructive for how a group works together”, the lead author added. “It can be just fine as long as the reality remains stable. But it doesn’t always do that,” he says.

Occasionally, ambiguity and misunderstandings can cause small disagreements to balloon and feel large and unmanageable. Voicing concerns or disagreement early is especially important in these situations.

Different jobs also have different cultures. In some places, expressing disagreement is seen as completely natural and necessary for good results. In other places, disagreement can be perceived as disrespectful and perhaps even unfair to a colleague, manager or the company.

For your group to find the best solutions, especially when the reality is changing, it can be crucial to have a culture where you feel empowered to speak up when you disagree, the researchers said. “As a rule, teams collaborate just fine, except when they have to detect and manage things that go wrong or are unexpected. Because most teams have not learned to understand each other—basically to discuss and reflect together—these situations mushroom and are more time consuming and costly than they needed to be. Their collaborative techniques, which normally facilitate things working smoothly, actually mask the fact that they were not really that coordinated after all,” the researchers said.

“This means that as a group people need to be able to challenge internal agreements. Often this is more about personal relationships in the group than the issue itself. Groups that are used to disagreeing openly generally handle changes better than groups that focus on agreement,” said the lead author.

It is possible to practice and improve your ability to disagree. The basis for this skill is being able to challenge others and to be challenged. This is one of the ideas we teach in “needs based dialogue,” and also the techniques we developed to challenge our own and other people’s assumptions.

“What we’re really training for when we challenge each other is to become better at accepting and recognizing divergent views,” said the researchers.

So, what? What we would suggest is a number of training tips for constructive disagreement.

The most common argument against practicing these tips is that people don’t have time. But you don’t usually need much time. And in the long run the time you save can be huge.

Remember that the ultimate goal is for you to become better at working together and finding the best solutions.