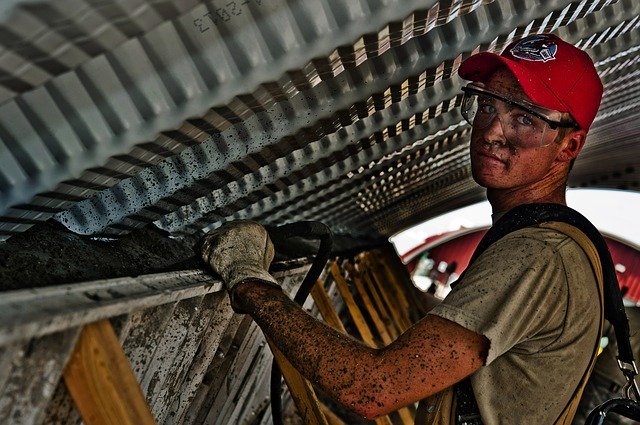 A new study has found that physical stress in one’s job may be associated with faster brain aging and poorer memory.

The research team connected occupational survey responses with brain-imaging data from 99 cognitively normal older adults, age 60 to 79. They found that those who reported high levels of physical stress in their most recent job had smaller volumes in the hippocampus and performed poorer on memory tasks. The hippocampus is the part of the brain that is critical for memory and is affected in both normal aging and in dementia. Their findings were published in Frontiers in Human Neuroscience.

“An average American worker spends more than eight hours at work per weekday, and most people remain in the workforce for over 40 years,” she said. “By pure volume, occupational exposures outweigh the time we spend on leisure social, cognitive and physical activities, which protect our aging minds and brains.”

She explained that the association between “physical stress” and brain/memory were driven by physical demands at work. These included excessive reaching, or lifting boxes onto shelves, not necessarily aerobic activity. This is important because earlier work by the team showed that leisure aerobic exercise is beneficial for brain health and cognition, from children to very old adults. Therefore, the researchers controlled for the effects of leisure physical activity and exercise.

As expected, leisure physical activity was associated with greater hippocampal volume, but the negative association with physical demands at work persisted.

“This finding suggests that physical demands at work may have parallel yet opposing associations with brain health,” the researchers explained. “Most interventions for postponing cognitive decline focus on leisure, not on your job. It’s kind of unknown territory, but maybe future research can help us make some tweaks to our work environment for long-term cognitive health.”

“Caring for people with cognitive impairment is so costly, on economic, emotional and societal levels,” the lead author said. “If we can support brain health earlier, in middle-aged workers, it could have an enormous impact.”

The researchers considered and corrected for several other factors that could be related to work environment, memory and hippocampus, such as age, gender, brain size, educational level, job title, years in the occupation and general psychological stress.

“The research on this topic is so fragmented,” the researchers said. “One previous study linked mid-life managerial experience with greater hippocampus volume in older age. Another showed that taxi drivers had larger hippocampi than a city’s bus drivers, presumably due to the need to navigate. In our study, job complexity and psychological stress at work were not related to hippocampal volume and cognition. Clearly, our study is just one piece of the puzzle, and further research is needed.”

So, what? Previous studies, including our own, have shown that the key to cognitive longevity is learning. Most purely physical occupations involve little new information or learning so therefore the brain begins to decay earlier and faster. This study, therefore, doesn’t come as a surprise, but it does build on and solidify earlier research in the field.

The question that should now be asked is: What is our societal and corporate responsibility here? How do we either make “physical” work more cognitively challenging or, alternatively, greatly compensate those who are unable to qualify for the jobs that are more mentally demanding. If we are causing cognitive injury to the people we employ or require to do those jobs, we ought to be compensating them for that injury. And I don’t mean just paying them a minimum wage!

That, of course gives rise to an awful lot of other questions regarding our rather unequal remuneration systems. For another time!