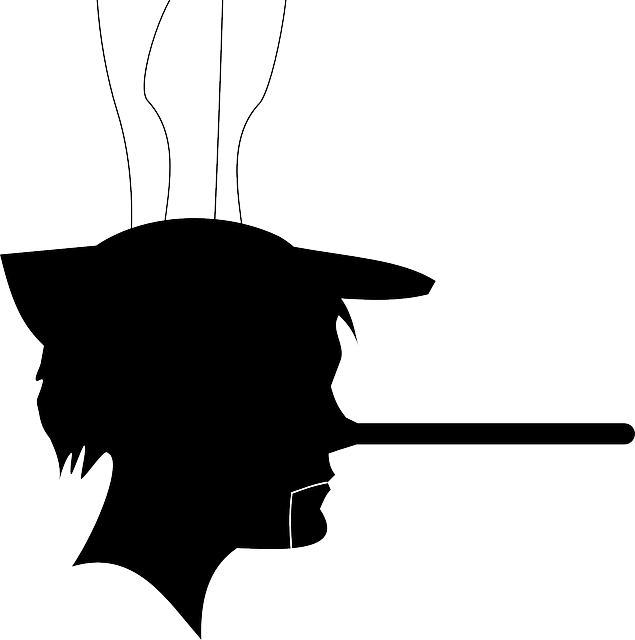 Researchers using new technology detected 73% of the lies told by trial participants based on the contraction of their facial muscles—achieving a higher rate of detection than any known method. The study identified two different groups of “liars”: those who activate their cheek muscles when they lie, and those who activate their eyebrows. According to the researchers, the technology has great potential for detecting deception in real-life contexts, such as security and crime.

And, of course, in performance and recruitment interviews. And maybe even dating sites. Big Brother will be watching you!

The study was conducted by a team of experts and their paper was published in the journal Brain and Behavior.

The new study was founded upon a groundbreaking innovation: stickers printed on soft surfaces containing electrodes that monitor and measure the activity of muscles and nerves. The technology has many applications, such as monitoring sleep at home and early diagnosis of neurological diseases. This time the researchers chose to explore its effectiveness in a different arena—lie detection.

What the researchers say: “Many studies have shown that it's almost impossible for us to tell when someone is lying to us. Even experts, such as police interrogators, do only a little better than the rest of us. Existing lie detectors are so unreliable that their results are not admissible as evidence in courts of law—because just about anyone can learn how to control their pulse and deceive the machine,” said the lead researcher. “Consequently, there is a great need for a more accurate deception-identifying technology. Our study is based on the assumption that facial muscles contort when we lie, and that so far no electrodes have been sensitive enough to measure these contortions.” Great need by whom? I ask.

The researchers attached the novel stickers with their special electrodes to two groups of facial muscles: the cheek muscles close to the lips, and the muscles over the eyebrows. Participants were asked to sit in pairs facing one another, with one wearing headphones through which the words “line” or “tree” were transmitted. When the wearer heard “line” but said “tree” or vice versa they were obviously lying, and his partner's task was to try and detect the lie. Then the two subjects switched roles.

As expected, participants were unable to detect their partners’ lies with any statistical significance. However, the electrical signals delivered by the electrodes attached to their face identified the lies at an unprecedented success rate of 73%.

“Since this was an initial study, the lie itself was very simple. Usually when we lie in real life, we tell a longer tale which includes both deceptive and truthful components,” the researchers said. “In our study we had the advantage of knowing what the participants heard through the headsets, and therefore also knowing when they were lying. Thus, using advanced machine learning techniques, we trained our program to identify lies based on EMG (electromyography) signals coming from the electrodes.

“Applying this method, we achieved an accuracy of 73% --not perfect, but much better than any existing technology. Another interesting discovery was that people lie through different facial muscles: some lie with their cheek muscles and others with their eyebrows.”

The researchers believe that their results can have dramatic implications in many spheres of our lives. In the future, the electrodes may become redundant, with video software trained to identify lies based on the actual movements of facial muscles. Are we ready for that?

“In the bank, in police interrogations, at the airport, or in online job interviews, high-resolution cameras trained to identify movements of facial muscles will be able to tell truthful statements from lies,” the researchers predicted. “Right now, our team's task is to complete the experimental stage, train our algorithms and do away with the electrodes. Once the technology has been perfected, we expect it to have numerous, highly diverse applications.” State surveillance for example?

So, what? Lord help us all. We all lie. Yes, all of us. Research has shown that the average person tells about 20 lies per day. Most of these are of no particular consequence. Some are told to protect the other person, some told because that’s what the other person wants to hear. Some because we’ve forgotten the real facts and we’ve got to say something.

However, if this technology brands those who use innocent fibs as “liars” then careers will end, marriages break up, children made to feel that they are not safe, and no politician will be elected and our democracy will be destroyed.

Is that really what we want? Is that the world we want to live in?