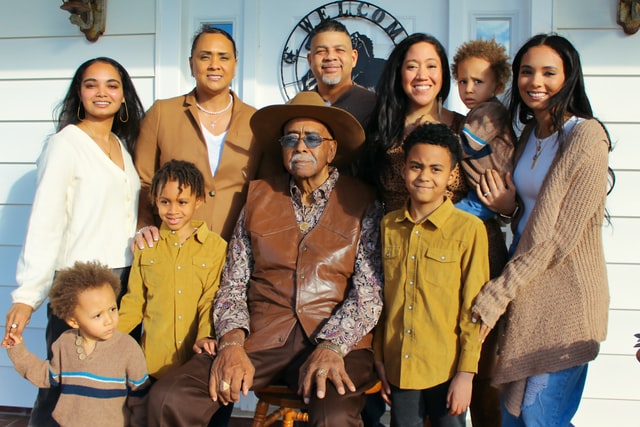 Hamilton’s rule—the mathematical relation quantifying the idea that genetically related subjects are more likely to help each other, even at the expense of their own survival—has been observed in many animal species, but it had yet to be tested in financial decision-making contexts. Now, in a study published in the Proceedings of the National Academy of Sciences, researchers have found strong support for this rule in an experiment involving monetary transactions among human subjects with varying degrees of genetic relatedness.

What the researchers say: “Our findings are significant not only because they directly test and validate Hamilton’s rule in financial settings, but also because they show that the principles of evolutionary biology and financial economics are more closely tied than we thought,” the lead author said.

Hamilton’s rule is summed up in a famous quote by evolutionary biologist J.B.S. Haldane: “I would lay down my life for two brothers or eight cousins.” This idea was formalized by William Hamilton in 1964, who captured the key evolutionary ideas of inclusive fitness and kin selection in a simple algebraic relationship. The relationship is based on the premise that an individual’s willingness to help another is directly related to the amount of genetic material they have in common.

“Evidence consistent with this rule has been observed in a diverse range of species, including bees, wasps, birds, shrimp, monkeys, and even plants. It is widely accepted as the principal explanation for altruistic behavior in the natural world and is considered as ‘one of the greatest theoretical advances in evolution since Darwin’s time,’” the authors wrote in their paper.

While prior observational studies have determined if behavior is consistent or inconsistent with this rule, none have quantified the maximum amount an individual would be “willing to pay” for a given benefit to another person depending on their degree of genetic relatedness. This is known as the cutoff cost in Hamilton’s rule.

In their study, the researchers test the cutoff cost predicted by Hamilton’s rule in a financial decision-making context involving monetary gifts between people of varying degrees of genetic relatedness. Using money as a proxy for survival, they asked test subjects how much they would be willing to pay for someone else to receive $50. The recipients of the $50 included siblings, half-siblings, cousins, identical twins, non-identical twins, and random individuals chosen by a computer.

Test subjects could earn as much as $50 for their participation, but if a deal occurred, they would also be asked to pay the amount they indicated. When a deal occurred, the researchers paid the recipients the promised $50, ensuring this was a real test rather than a hypothetical question. They found that the cutoff costs aligned based on genetic relatedness to “exactly the degree” proposed by Hamilton’s algebraic relationship.

The authors point out that in addition to validating the rule, their findings also shed light on human motivations in financial decision-making: “One may be surprised by the strong explanatory power of the forces of evolutionary biology on such complex human behavior. It is perhaps possible that these ancient forces are acting indirectly and under the surface on human behavior, by shaping social networks, norms, and morality to exert their influence.”

So, what? This is a fascinating study, though I have some problems with the methodology and I am not absolutely sure that they are sufficient to prove the conclusions drawn. Nevertheless, we know from anthropological studies that kinship is a powerful force.

But kinship—genetic closeness—is only one of an infinite number of commonalities. Other recent studies have shown, for example, that hunter-gatherer tribes are united not by kinship, but by such things as commonality of belief, ritual, customs, and language.

Kin favoritism is, perhaps, rather like any other inherited genetic predisposition. It may be important, but experience and immediate context are equally important in determining particular actions or behaviors. We may have a strong inherited genetic predisposition for depression, lung cancer, or Alzheimer’s. That does not doom you to get any of them unless those genes are “turned on” by some external factor (childhood abuse, smoking, or obesity).

More evidence that poverty leads to child abuse and neglect

We can be certain that increased pressures on family life will lead to the risk that more children will be subject to harm, abuse and neglect, unless government and service providers can respond more effectively.