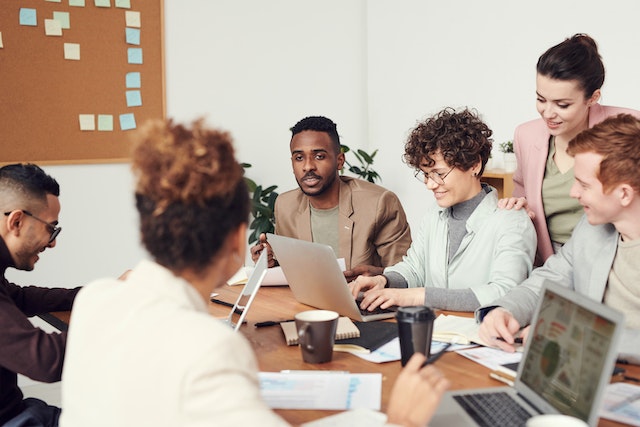 When a group works on a task in harmony, and in a perfectly coordinated and seemingly effortless way, as if in flow, this optimal state is known as ‘group flow’. Group flow is not only apparent in team sports. We also see it in business meetings, between doctors carrying out surgery, or with musicians in an orchestra.

In contrast to ‘flow in individuals’ which has been the subject of research since the 1970s, ‘group flow’ as a phenomenon has received little attention. Until now, there has been a lack of systematic scientific studies to provide data on which framework conditions best favor group flow.

What the researchers say: "Over the past few years, we have developed an integrative group flow theory that brings together positives of existing theoretical approaches and addresses weaknesses of previous work," says the study’s project leader. The result is the Integrative Group Flow Theory, or IGFT for short.

IGFT is based on action theory principles. Simply put, group flow consists of a two-part fit that is continuously maintained by the members of the acting group. It starts with the primary fit that exists among the group members: When a team works in flow, the behavior, state of mind (e.g., thoughts, emotions) and the abilities of each member fit perfectly with those of their fellow members. Out of this primary fit can emerge the secondary fit so that during group flow the behavior, mental state and the abilities as a whole are perfectly fitting the given task of the group.

In group flow, primary and secondary fits are continuously maintained due to interpersonal coordination which, according to IGFT, is facilitated in particular by a positive relationship quality among the group members.

The researchers' long-term goal is to use IGFT to develop intervention measures that will help groups to achieve flow. This could have a positive influence on the quality of their work and the satisfaction of their team members.

So, what? Essentially this research fits in well with recent studies into the workings of high performing teams (HPTs) and the concept of “generative states.” In the generative state the team virtually develops a group mind and can “generate” new ideas and new ways of looking at problems which other teams, even high performing ones, fail to do.

The new research also highlights the fact that HPTs and “flow groups” are extremely rare. Less than 5% of teams are consistently high performing and only about 5% of these get to the generative or flow stage.

The researchers behind this study also echo an idea that Alicia and I have been promoting for some time: An HPT or flow group is only possible if the context in which they work is suitable to the development of such a team. I wrote about this extensively in my article “The evolution of High Performing Teams” which will appear in the next edition of the journal Effective Executive.

We intuitively use more emotional language to enhance our powers of persuasion, according to research published in Psychological Science.

Different ways of communicating work-related issues can shape reputations and affect team formation. Using a “supportive voice” can fuel trust and cooperation and lead to a higher chance of being recruited to a team, compared to those who use a more task-oriented “challenging voice.”