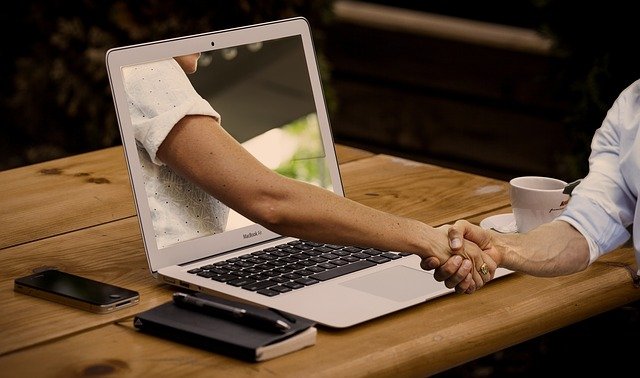 In business, as in life, it is important to make a good first impression and, according to some interesting new research, a positive initial trust interaction can be helpful in building a lasting trust relationship. Researchers found that trusting a person early on can have benefits over the life of the relationship, even after a violation of that trust.

What the researchers say: “It’s not just an old adage, first impressions really do matter especially when it comes to trust,” said the lead researcher. “During an initial interaction, one of the most important and immediate factors people consider about another person is trustworthiness. It can impact their willingness to accept risk and vulnerability and can help develop future perceptions and behaviors like cooperation, whether it be for work, negotiations or partnerships. Where it gets more complex is after a significant gap in time between interactions.”

In their paper, published in the journal Human Relations, the researchers found that if trust is established in a first meeting but soon after someone violates that trust, people tend to be more forgiving because they automatically revert back to that initial impression.

However, what they found equally interesting was that if people were not trusted during a first meeting, or they got off on the wrong foot, and had the opportunity to further violate that trust but did not, they were actually the most trusted when encountered again in the future.

“A good example is engaging in a negotiation with a salesperson and there is questionable trust on that first meeting,” said the lead researcher. “But when the two people meet again to finish the negotiation, like sign contracts, the customer learns that the salesperson did something to help them that wasn’t expected. That simple act is an opportunity to mend any negative first impression and may even strengthen it with actions like future referrals.”

There is much debate within trust literature about initial trustworthiness perceptions without any consistent answers. Previous theories have suggested that what is called “initial trust” can be fleeting, lasting only for the first few moments of an interaction. Other research suggests it has more of a lasting influence.

To help reconcile the spectrum of different findings, the researchers conducted three studies at different phases of a relationship—one field study that examined initial interactions and consequences between teams and then two follow up experimental studies after a two-week period that tested the impact of initial trust and perceptions following an exchange in which the trustworthiness of a counterpart is tested.

“While we found that a good first trust impression is important it was interesting to see that even if someone has a bad day and gets off on a bad foot, there are opportunities to build and strengthen the trust, which can be important to both parties,” the researchers said.

So, what? A great deal of research has gone into the issue of trust over the last few years. Our own research has confirmed that there are five elements to trust, what we call the 5Cs. These are:

The researchers point out that one of their findings—that the initial lack of trust could be countered by a later showing of concern—is further proof of this overall approach to the issue.

Will we enjoy work more once routine tasks are automated? Probably not.

When routine work tasks are being replaced with intelligent technologies, the result may be that employees no longer experience their work as meaningful.