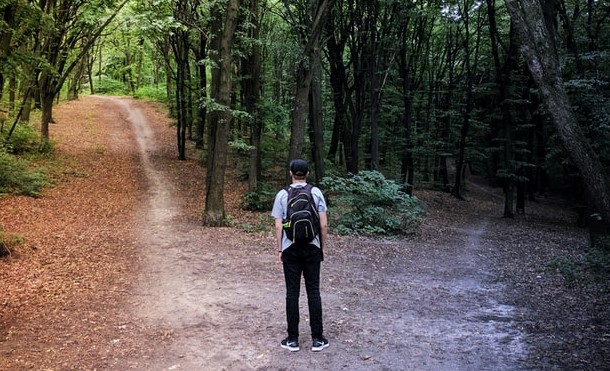 When faced with a decision, people may know which choice gives them the best chance of success, but still take the other option, a new study suggests. People may choose based on a “gut feeling,” a habit, or what worked for them last time, rather than on what they have learned will work most often, said one of the co-authors of the study.

The results run counter to the belief that people make the less optimal choice because they just don’t know any better.

What the researchers say: “In our study, people knew what worked most often. They just didn’t use that knowledge,” he said.

The research was published in the journal Nature Communications and is the work of a multinational team of researchers.

They gave an example of how the study’s findings may work in real life. Say Main Street is usually the fastest way home from work for you. But yesterday there was an event that was going to slow traffic on Main Street, so you took Spruce Street instead and it got you home a few minutes faster than normal.

Today, do you take Main Street—which you know is usually the better route—or take Spruce Street because it worked so well yesterday? The results of this study suggest that many times we will take the route that worked yesterday and ignore the evidence of what normally works best.

“There’s this tension between doing what you should do, at least from a statistical perspective, versus doing what worked out well recently,” said the lead author.

In the study, participants played a simple computer game in which noticing and exploiting patterns could make them more money. The researchers tracked their mouse movements to detect whether they picked up on those patterns.

Participants repeated this game dozens of times. The researchers could determine if the participants learned the pattern between what they chose at the top and what they got at the bottom (for example, choosing the top left symbol usually led to the bottom right symbol with the largest reward) by watching their mouse movements.

“We could tell where they thought the next symbol was going to appear by where they moved the cursor,” the researchers said. “And we found that nearly everyone—56 of the 57 participants—learned the pattern. That was no problem for our participants.”

But the researchers designed part of the study so that the pattern that usually led to the largest reward didn’t work 10 to 40 percent of the time.

So, the question was: After one of the trials in which the pattern that usually led to the largest reward didn’t work, what would participants do? Would they stick to the pattern or choose something else?

Results showed that participants followed the plan that gave them the best chance of success—which was following the pattern that worked at least 6 out of 10 times—only about 20 percent of the time.

In other parts of the study, the pattern that produced the biggest reward always worked the same way. Here, where the pattern was consistent, participants followed it about twice as often as in the other cases: about 40 percent of the time.

Why don’t people follow the best strategy more often? The researchers said it likely takes a lot of mental energy and planning to always make decisions based on your knowledge of the environment. And the rewards of following the best strategy aren’t always obvious—especially if following that strategy increases your success by only a small percentage, he said.

In those situations, it is easy for people to stop being disciplined and just choose whatever decision got them rewards most recently.

So, what? This study reinforces the generally-held belief in psychology that people do not make decisions based on facts but rather on habit, emotions or potential relationship advantage.

Do they feel better about themselves when they “go with their gut?” What do they feel is expected of them by those that are important to them? Are they more likely to make that decision, even if those people are not watching?

The fact that we are strongly influenced by recent reward is well established, however this is almost always overturned by the power of habit. This is true even long after those habitual actions have ceased to produce a reward.

How we dehumanize cyclists, the obese and everyone not like us