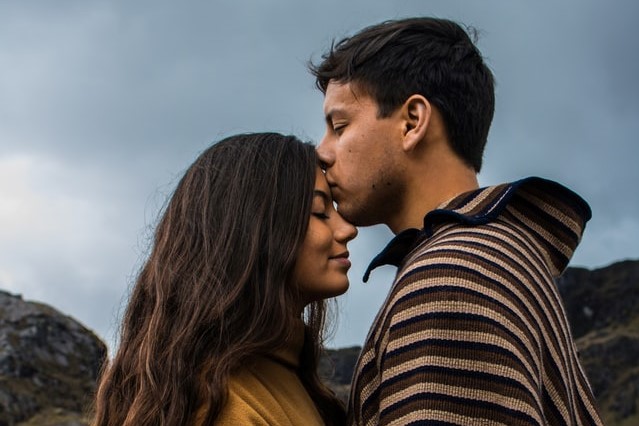 Everyone with cable has probably seen those old high school movies where the ultra-nerdy teenage boy falls in love with the most beautiful girl in the whole school. The movie begins with the girl not knowing anything about the geeky leading man that most wouldn’t consider a strong partner, but by the end, she’s fallen for him too. It’s a classic romantic movie formula.

However, new research suggests these relationships might be best left to the movies.

The lead author of the study and his team traveled to northwest Namibia in southern Africa to study the behavior of Himba, a group of semi-nomadic agro-pastoralists. There he found that not only are people who are similarly desirable more likely to enter into a relationship, but they are also more likely to experience success within that relationship.

While in northern Namibia, he interviewed people about the desirability of others in the community. With this information, they estimated everyone’s “mate value,” a metric describing how likely people are to want to be in a relationship with someone. They then analyzed their relationship status.

They found people with similar mate values were more likely to enter into a relationship with each other, and they also had better relationship outcomes. He reported that this is different from most research about desirability as it focuses on people’s actions and less on their stated preferences, which can be influenced by social pressures.

What the researchers say: “We were interested in this because much of the anthropological work on human mating patterns are based on only people’s preferences,” the lead researcher said. “This research focuses on people’s actions. Sure, you might say you’d prefer someone that’s deemed really desirable, but that’s heavily impacted by societal norms. What do you do in that relationship? How does it actually go? That was what we were looking at.”

Before the COVID-19 pandemic in 2019, the team spent more than a month each summer living with Himba pastoralists to research human behavior.

The team studied the population for five years. During that time they analyzed data about marriage, parenting decisions, child health, food insecurity, and even how choosy people are with their partners. The lead author said the findings from this study can be applied to a broader context. He said the characteristics of the population were perfect for the type of information they were gathering.

“This was a great population to look at these questions because everyone knows each other and most date and marry within the population,” the researchers said. “You can ask them how much they’d like to be in a relationship with a specific person because they know that person. That’s how people have been partnering up for thousands and thousands of years, not online, but with people in their community.”

So, what? I spent a year living with hunter-gatherers in the same neck of the woods many years ago and came very much to the same conclusions.

Genetically we are designed to fit in with small bands of people and to know everyone in our community. Mass societies are quite alien to our design specs. Therefore, if you want to know how human beings really operate you have to study those hunter-gatherer-like societies which still exist.

The further we get from what we were designed for, the more stressful and dysfunctional we become—like we are today.

Although both genders are task-focused, women tend to be more positive and emphasize mutual support, while men focus on accomplishments.

When asked to answer questions quickly and impulsively, people tend to respond with socially desirable answers rather than an honest ones. Under time pressure, people may default to their desire to appear virtuous, even if it means misrepresenting themselves.