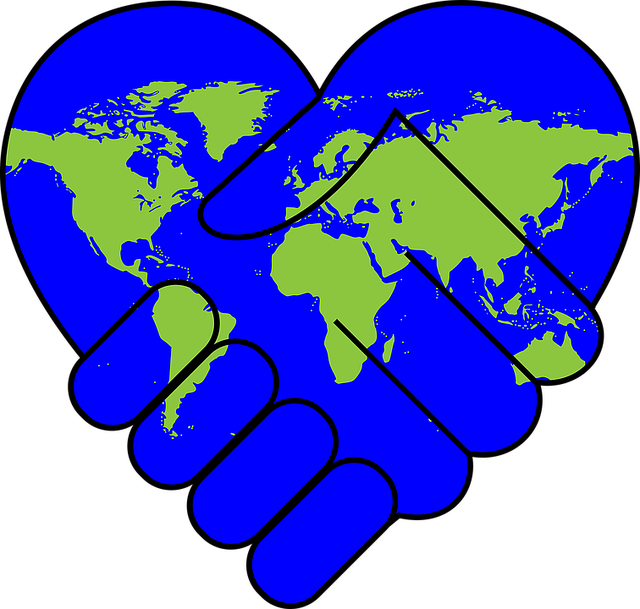 In our globalized world, cooperation between citizens of different countries should actually be a matter of course. But around the world, people prefer to cooperate with their own fellow citizens rather than with foreigners. This was the result of a study by an international team of researchers. Though the research looked at collaboration between nation states, the team’s findings can equally apply to firms and corporations trying to forge collaboration between branches.

Under the “America first” banner, Donald Trump was able to conquer the White House as the President in 2017. Two thirds of US citizens supported his approach which forced national interests into the political foreground. But Americans are not the only ones to be focused on their own country. In a large-scale study involving more than 18,400 participants from 42 nations, the international team investigated whether and to what extent people in a cooperative game prefer to collaborate with their own fellow citizens. The countries involved ranged from Sweden, Pakistan and South Korea through to Bolivia, Nigeria and New Zealand.

The results were clear: In 39 of the countries examined, most participants significantly preferred to collaborate with fellow citizens rather than with people from other countries. Even in the remaining three countries (Poland, Peru and Hong Kong), there was a visible link between the willingness to cooperate and having the same nationality. The tendency to prefer fellow citizens didn’t depend on whether the participants were able to decide anonymously or whether their behavior would be made public.

However, the researchers also identified differences between the individual test subjects. For example, the willingness to cooperate with foreigners varied significantly more within individual nations than between the averages of different countries. It was greater among women than men, and among more educated participants compared to those with lower levels of education.

Conversely, religious affiliation, certain environmental conditions which could lead to increased national cohesion, or the quality of state institutions made no difference. According to the research findings, the behavior was motivated less by general xenophobia than by what scientists call in-group bias. This means that people tend to show greater solidarity towards others if they perceive them to be part of the same group, in this case citizens of the same country.

In light of global challenges like climate change or the coronavirus pandemic, this global distribution of national parochialism is bad news. After all, mankind must cooperate across borders in order to come lastingly to grips with these problems.

What the researchers say: “While high levels of cooperation within states is desirable, in future we must focus even more strongly on the question of how we can promote cooperation between strangers, independently of their nationality,” the lead author said.

So, what? Any nation, culture or organization is built on the principle of commonality. We are hard wired to collaborate more closely with those that we share a high degree of commonality with. Further we tend to see those with whom we have less in common as potential enemies.

Collaboration requires empathy and, as many studies over the years reported in TR have shown, we tend not to have empathy with those we have little in common with.

Organizations fall apart when they lose sight of these fundamental human traits. A business or a firm which has branches in different parts of the country, or in different countries, can only really succeed if they develop a common culture which includes a common language, set of assumptions, behavioral norms, rituals and ways of relating to each other. Research has shown that 80% of expansions that involve branches overseas fail to meet their expected financial targets. Mostly the businesses end up demerging, being taken over or going bankrupt.