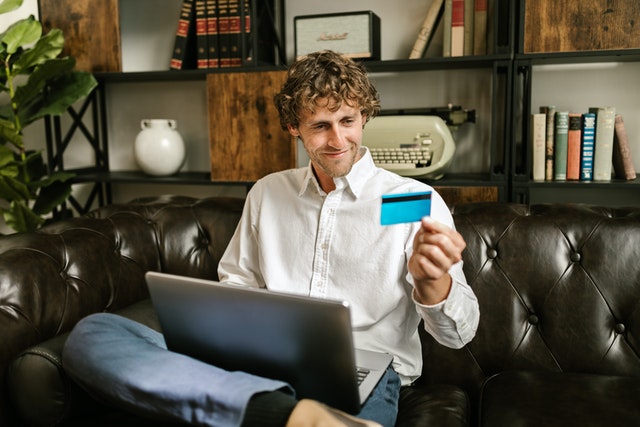 Is it possible to predict which consumers are in the risk zone for being misled by individuals who promote “financial bullshit”? Yes, according to a new study. The researchers found that young men with relatively high incomes overestimate their financial expertise and are more open to scams.

“Bullshit,” believe it or not, is a concept with its own theoretical research in academia. Interest in research on bullshit has increased in recent years, not least of all among researchers in behavioral sciences and psychology.

What the researchers say: “We are interested in financial decision making. Financial markets and economics are two things that many people think are hard to understand. There are lots of seemingly impressive terms, jargon and slogans that we don't always fully understand,” the lead researcher explained.

The technical term in the research on this subject is “pseudo-profound bullshit,” and the study is about seeing what abilities you need to be able to detect and distinguish it. “Bullshit” often consists of vaguely related words that sound insightful and impressive, but which don't actually mean anything. It's not necessarily untrue, but rather a misleading way of communicating about something.

“Being able to identify, and also being able to produce, bullshit are therefore often important factors in individuals’ success in different contexts. Not least of all in the professional world”, said the lead author.

He, together with his colleagues, has taken the research a step further. In their study, they focus on financial bullshit – that is to say, financial messaging which is actually complete nonsense. The results have been published in the Journal of Behavioral and Experimental Finance.

The researchers developed and validated a new measurement scale, where individuals judge the meaningfulness in a set of statements containing both nonsense sentences and quotes from winners of the Nobel Prize in Economics. Using the scale, the researchers can judge consumers’ ability to detect and distinguish true financial messaging from bullshit.

In the study, the researchers carried out surveys of just over 1000 people. In the surveys, the researchers present several assertions about financial services and products, such as investments, loans and money management. These statements contain concepts that can sound impressive, but which in reality are meaningless and can be compared to misleading marketing. The participants were then asked to say whether the statements were true or false.

“Of course, this is a general result – we can't say that all young men fall for bullshit,” the researchers said. “But a reasonable interpretation of the results is that men are more easily impressed by financial statements. The world of finance markets is a traditionally male-dominated one. We know from previous studies that women, generally speaking, worry more about finance. This makes it more likely that they pay attention to and are critical of financial information.”

The measurement that researchers have developed also shows that it is possible to predict individuals’ economic well-being and behavior based on their ability to see through financial bullshit. This allows researchers to understand how financial communication affects consumers’ decisions, and their level of satisfaction with their finances.

“It is always worth trying to understand why people are people, and why we behave as we do. Through this research, we can identify which groups are more or less vulnerable to being misled by adverts and misleading financial communication,” the researchers concluded.

So, what? This study confirms earlier ones. In the previous studies it was found that confident people generally overestimate their own abilities and that those with more wealth and/or power often believe themselves to be smarter, and more deserving, than others.