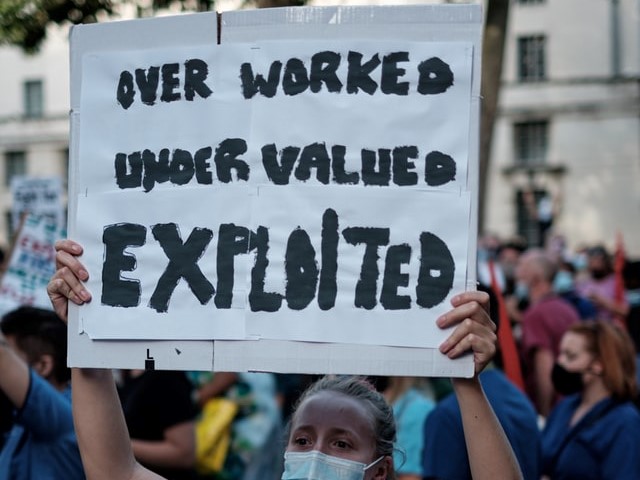 The drive to increase the minimum wage to $15 per hour in the US is gathering steam—though it is hotly contested by those on the right of the political spectrum.

Some interesting research relevant to this debate has killed off two popular assumptions upon which both sides have relied. This makes it the kind of study I am irresistibly drawn to since it shows, again, that most of our assumptions are mistaken.

Between 2015 and 2017, Seattle, Washington, became the first U.S. city to increase its hourly minimum wage to $15, more than double the federal minimum wage and 60 percent higher than Seattle’s previous minimum wage. This new study examined the impact of this change on public safety. The study was motivated by the idea that since crime is sometimes the result of material deprivation, changes in the minimum wage might have implications for criminal activity: Boosting the minimum wage could raise workers’ salaries (which could be associated with reduced crime). But if higher minimum wages spur employers to substitute capital for labor, this could increase unemployment (which could be associated with increased crime).

The study found little evidence that Seattle’s aggregate rate of violent or property crimes changed relative to other U.S. cities. It also found no meaningful adverse effects on low-wage workers’ rates of employment.

The study appears in the journal Criminology & Public Policy.

What the researchers say: “Our study suggests that Seattle increased its minimum wage without compromising public safety, at least in the short run,” explains the study’s lead researcher.

The researchers compared crime trends in Seattle with those of 118 U.S. cities in 18 states that did not increase their minimum wage but whose pre-2015 crime trends were comparable to Seattle. Seattle’s minimum wage began to be implemented in 2015 and rose to $15/hour by 2017. For the period 2010 to 2017, researchers collected crime data from the FBI’s Uniform Crime Reports and the Seattle Police Department. They also collected sociodemographic and employment/earnings data from the American Community Survey conducted by the U.S. Census Bureau. Sociodemographic data included information on race, age, schooling, and poverty level.

The study found that Seattle’s rate of violent crime (murder, robbery, aggravated assault) did not diverge significantly from the other cities’ rates. With respect to property crimes (burglary, larceny, motor vehicle theft), the findings were more nuanced. Although researchers found evidence that Seattle’s rate of burglaries may have increased 15 to 30 percent during the study period, driven by offenses on commercial premises, they did not detect an aggregate change in property crimes.

The increase in Seattle’s minimum wage appears to have had little impact on arrest rates among any major demographic group, including young men, who tend to drive an outsized share of offending and whose employment has been considered the most sensitive to changes in the minimum wage. This, the authors note, may be because Seattle’s law did not end up reducing employment for low-skilled workers.

This could be because Seattle has more college-educated workers and fewer low-wage earners than other cities, primarily because of its booming tech industry, which would mean that fewer workers were affected by a shift in the wage structure than in other cities.

The study’s authors note that they focused on one city, thus limiting the application of their findings to other cities. To address this, the researchers supplemented their work with analyses of four other U.S. cities that increased their minimum wages substantially during the same period. In those cities—Chicago and three cities in California: San Francisco, San Jose, and Sunnyvale—(where I once lived) the laws spurred few consistent increases in criminal offenses.

“In the aftermath of Seattle’s decision to raise the minimum wage, several other U.S. cities and states plan to follow suit,” notes the lead author. “Therefore, the question of how high minimum wages can be pushed without compromising public safety is timely.

“However, the COVID-19 pandemic is likely to affect regional economic dynamics: Although a $15 minimum wage appears not to have disrupted Seattle’s labor market during a period of broad economic growth, it could become a structural barrier to employment during the coming months, which may have implications for public safety.”

So, what? Surely what is needed is not a “minimum wage” but a “living wage.” This may vary from place to place and would include the ability to afford some things that ought to be standard for all human beings such as housing, food, transport and health.

In the longer term, most low-paid jobs (and many, many high-paying jobs) are going to be destroyed by technology. Recent research has shown that technology ceased to be a creator of jobs in the 1980s and has since been a net destroyer of jobs.

In the end we will either have to set aside “human-only” work or institute a “social wage” similar to those instituted in Finland and other parts of Europe.