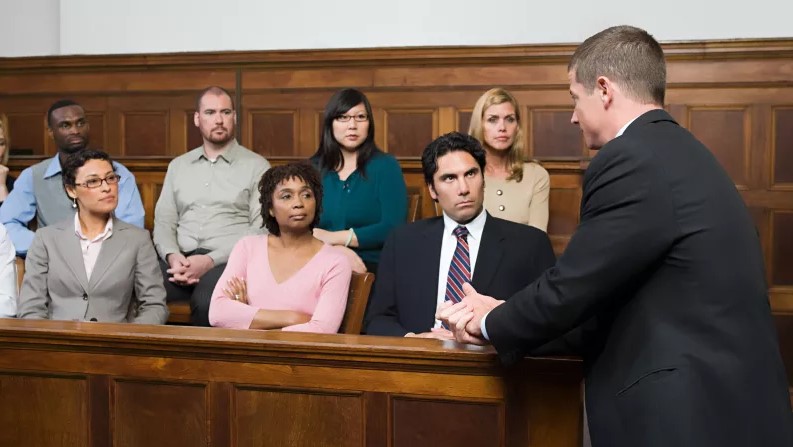 What the researchers say: “If the crime is more serious or more heinous, jurors are more likely to be convinced by the same amount of evidence,” said lead study author.

The researchers had participants read 33 case descriptions, ranging from running an illegal distillery to mass murder, and rate how strong each case was on a scale of 0 to 100. The stronger they found a case, the more likely the mock jurors were to deem defendants guilty.

“We found that dognapping was worth 15 points on the scale regardless of the evidence,” the researchers said. “You can think of that as a bias, people mentally move the slider over a certain amount before they see the evidence.”

Each case included a description of the crime and varying amounts of evidence. Six hundred participants completed the study online. Then the authors continued it with law students, practicing lawyers and judges and active state prosecutors. For the online participants, the type of crime committed changed their scores by up to 27 points.

“That effect goes away with legal training,” the researchers said. “Lawyers are trained that cases are decided by evidence; they don’t care what the person was accused of.”

The study authors also tested how different types of evidence changed participants’ beliefs. Both DNA and non-DNA physical evidence, like fingerprints or fibers, had the biggest effect, contributing about 30 points. Pearson called this the well-documented “CSI effect.” Though DNA evidence is more reliable than non-DNA evidence, jurors trust both equally.

“There’s a certain irony in the fact that the better a scientific method is, the harder it is to remember that it’s sometimes wrong,” said the lead author.

“Fingerprints aren’t as good as DNA,” he said. “But they’re pretty good evidence most of the time, so it’s harder to keep in mind that they sometimes lead to mistakes. As the potential for error goes up, it’s more important to point that out.”

Contrary to conventional legal wisdom, knowledge of prior convictions only changed juror confidence by about 10 points. Jurors can only learn about prior convictions if defendants testify, so defense attorneys must weigh the benefits of testimony against the disadvantages of that knowledge.

“When the crime is very serious, people perceive it as a threat to themselves or their community,” the lead researcher said. “When you get to very serious crimes, the danger of not solving the crime and putting away the person who did it may drive your mental calculus and begin to shift the balance toward not wanting to take the chance that this person is guilty.”

So what? The deeper problem, it seems to me, is that all decisions that humans make are based on bias and emotions—especially fear. We do not—probably cannot—make decisions based on rationality or by some dispassionate evaluation of the “evidence.”

Yet, our whole legal system assumes we can. I don’t know what the answer is—certainly not to leave it to AI which has been shown to be almost as biased as humans. The presumption of guilt or innocence is based on many things, including, as this research shows, on the severity of the crime itself. A judge or a juror will shift through the evidence looking for the “facts” that will confirm their conscious or unconscious biases and prejudices. “Confirmation bias” it’s called, and we all suffer from it.