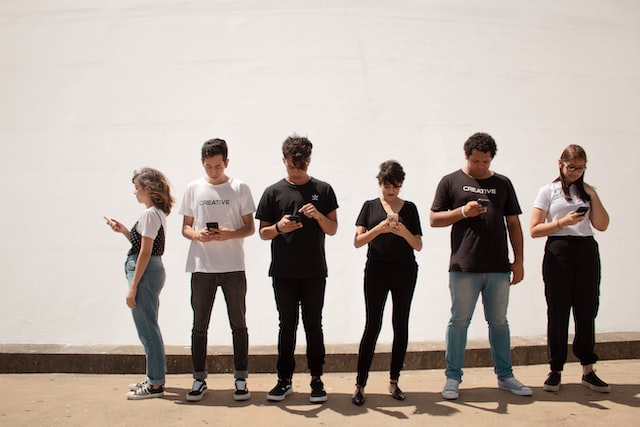 Smartphone users will be disappointed if they expect their devices and social media to fill their need for purpose and meaning. In fact, it will probably do the opposite, researchers found in a recently published study.

The team set out to understand the complex relationship between meaning-seeking and technology by analyzing data from the Baylor Religion Survey. Their research was published in the journal Sociological Perspectives.

Their results provide a sociological link to the psychological studies that point to connections between digital devices and media use with feelings of loneliness, depression, unhappiness, suicidal ideation and other poor mental health outcomes.

What the researchers say: “Human beings are seekers – we seek meaning in our relationships, our work, our faith, in all areas of social life,” the lead author said. “As researchers, we were interested in the role that smartphones – and the media they give us instant access to – might be playing in meaning-seeking.

“We conclude that smartphone attachment could be causing a breakdown in social values because of the unstructured and limitless options they provide for seeking meaning and purpose and inadvertently exacerbate feelings of despair while simultaneously promising to resolve them,” the researchers said. “Seeking itself becomes the only meaningful activity, which is the basis of isolation and addiction.”

They also found a connection between this search for meaning and feelings of attachment to one’s smartphone – a possible precursor to tech addiction.

“Our research finds that meaning-seeking is associated with increased smartphone attachment – a feeling that you would panic if your phone stopped working,” explained the lead researcher. “Social media use is also correlated with increased feelings of this kind of attachment.”

The researchers concentrated on responses to questions used in Wave 5 of the national Baylor Religion Survey that related to information and communication technology (ICT) devices use, as well as questions related to meaning and purpose from the Meaning in Life Questionnaire, to show that while devices promise satisfaction and meaning, they often deliver the opposite.

The research found that individuals seeking solace or connection through their phones in shorter spurts might exacerbate attachment (rather like binge drinking fuels alcoholism).

“What we have uncovered is a social mechanism that draws us into smartphone use, and that might keep us hooked, exacerbating feelings of addiction and loneliness, and even disconnection, while they promise the opposite,” the researchers said.

So, what? In TR I have noted a ton of studies which have pointed to the dangers of our swapping real relationships for virtual ones. We humans are designed for in-person relationships, we need all the clues from all our senses to trust, to work with, to enjoy other people. For that there can be no substitute. The more we are cut off from real human contact the more fragile our mental health and the more easily we can, in the confusion of loss, be controlled by malevolent forces.

Not pursuing your goals is often good for your mental health

Humans are not goal orientated. We're best at achieving goals that we enjoy the process of working towards. Being stressed makes meeting targets really bad for you.

"Smartphone attachment could be causing a breakdown in social values because of the unstructured and limitless options they provide for seeking meaning and purpose and inadvertently exacerbate feelings of despair while simultaneously promising to resolve them.”

The expansion of capitalism led to a deterioration in human welfare

A new international study claims that capitalism has not made us happier, or richer, or more equal.

Not always reaching your potential is okay, but overthinking it is a problem

It’s not failing to make progress toward our ‘ideal-self’ that is problematic, but rather the tendency to focus on that lack of progress in a negative way which leads to psychological distress.