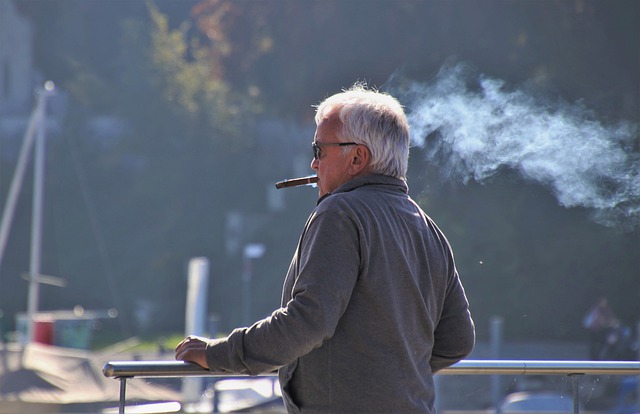 I have been talking recently with the great people behind the Cooperative Research Centre Longevity project based at The University of Queensland and others on the subject of increasing the active life of our aging population. I have written a white paper on the subject which I will publish in some form or other.

This study is about the social and behavioral factors leading to a premature death. It’s fascinating stuff—but so is the question of early aging which is as much tied in with social and lifestyle issues as with genetics.

Smoking, divorce and alcohol abuse have the closest connection to death out of 57 social and behavioral factors analyzed in this research published in Proceedings of the National Academy of Sciences.

What the researchers say: “It shows that a lifespan approach is needed to really understand health and mortality,” said the lead author of the study. “For example, instead of just asking whether people are unemployed, we looked at their history of unemployment over 16 years. If they were unemployed at any time, was that a predictor of mortality? It’s more than just a one-time snapshot in people’s lives, where something might be missed because it did not occur. Our approach provides a look at potential long-term impacts through a lifespan lens.”

Life expectancy in the U.S. has stagnated for three decades relative to other industrialized countries, raising questions about which factors might be contributing. Biological factors and medical conditions are always at the top of the list, so this study intentionally excluded those in favor of social, psychological, economic, and behavioral factors.

Of the 57 factors analyzed, the 10 most closely associated with death, in order of significance, were:

Most of these have been individually flagged in previous issues of TR.

The data came from the nationally representative U.S. Health and Retirement Study, whose participants ranged in age from 50 to 104, with an average age of 69.3. These surveys didn’t capture every possible adversity—neither food insecurity nor domestic abuse was addressed, for example (both of which have been extensively covered in TR in the past)—but the new findings provide an indication of where various factors stand in relation to each other.

“If we’re going to put money and effort into interventions or policy changes, these areas could potentially provide the greatest return on that investment,” the lead researcher said. “Smoking has been understood as one of the greatest predictors of mortality for 40 years, if not more, but by identifying a factor like negative affectivity—this idea that you tend to see and feel more negative things in your life—we can see that we might need to start targeting this with interventions. Can we shift it and have an impact on mortality rates? Similarly, can we target interventions for the unemployed and those with financial difficulties to reduce their risk?”

So, what? This is an important study, not for its immediate conclusions, which are, on the whole, fairly obvious, but for the convergence of ideas. The greatest risk of early death, like premature aging is a confluence of issues to do with mental and physical health, lifestyle choices, genetics, experience and the way that others in society view you.

We know, for example, that loneliness, bullying, criticism and inequality can each lead to a sense of resignation and that can trigger the process which leads to physical illness through the lowering of the strength of the immune system and mental decline (mood disorders and dementia).

We scientists, medical personnel, psychologists and social scientists have tended to get lost in the minutiae of our own specializations and we often fail to see how those areas converge with others to form the bigger picture.

It’s that which makes this research so important.