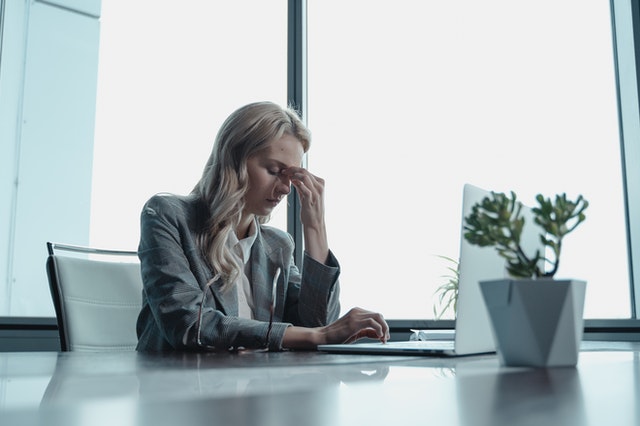 When you’re stressed, do you ever feel like you just don’t want to be around other people? According to an interesting new study, greater levels of stress on a given day were found to be predictive of decreases in social interaction the following day. The results are published in the journal Emotion.

What the researchers say: “For our study, we wanted to investigate how feeling stressed impacts the amount that we socialize with others,” says the study’s lead author. “Our findings show that people who experienced more stress on one day, socialized less with others the next day. This effect may persist for up to two days later after someone has had a stressful day.”

Previous studies with animals, such as with rodents, have shown that animals prefer not to socialize with their peers if they were stressed the day before, a phenomenon known as “stress-induced social avoidance.” To date, it has been difficult to determine if humans also engage in social avoidance as a result of stress, as researchers have not had the tools to effectively measure how stress affects real-world social interactions.

Past research on the topic has often relied on self-reports of social behavior by participants, which tend to be biased. This study however, relied on mobile phone sensing data (e.g., passive and automatic sensing data) obtained via an app which was developed earlier by the study’s co-author.

Through the app, data on sleep, movement, and time spent at home, was provided passively by 99 undergraduate students, who agreed to participate in the two-month study. The sample was 56% female and 44% male. To protect participants’ privacy, the data was anonymized.

The app also measured how much social interaction participants had each day by detecting human conversation through the mobile phone’s microphone. Actual conversations or sounds were not recorded for ethical reasons. Through the app, participants were also asked questions about their overall well-being, including stress. Once a day randomly, between 9am and 8pm, participants were asked to report their daily stress by tapping on the image that best described their stress level on a scale from 1 (no stress) to 16 (extreme stress). This photographic methodology was developed by other researchers, which the team refers to as the “mobile photographic stress meter” given its application in a mobile phone context.

The images varied from that of a peaceful pond to one of someone pulling their hair out. Prior research has shown that this method of measuring stress strongly correlates with people’s responses in formal psychological stress assessments, and that it is especially effective for longitudinal sampling given how engaging and easy it is for participants to use.

“By leveraging mobile sensing technology, our research is among the first to examine the temporal relationship between stress and socialization,” said the researchers. “Our findings showed that higher levels of stress on one day predicted decreased social interaction the next day while accounting for levels of movement, sleep, and time spent at home.”

Gender did not appear to have a moderating effect on the relationship between stress and socialization.

“Previous research has shown that being integrated into your social network is really good for mental health, as it buffers mental health issues in a number of ways,” said the lead author. “Stress is a big risk factor for the onset of a lot of mental health conditions and it often precedes the onset of depression and anxiety disorders. If people are stressed and then they withdraw from their social environment in response, they may be missing these opportunities to use social interaction to buffer their mental health issues. They’re withdrawing from people at a time when they may need them most.”

So, what? This study proves what many psychologists have postulated—that depression, and undue stress cause people to withdraw and this reinforces the mental health problem.

Humans were not designed to individually look after a chronically ill or disabled person - this was a job to be shared by the tribe or the community.