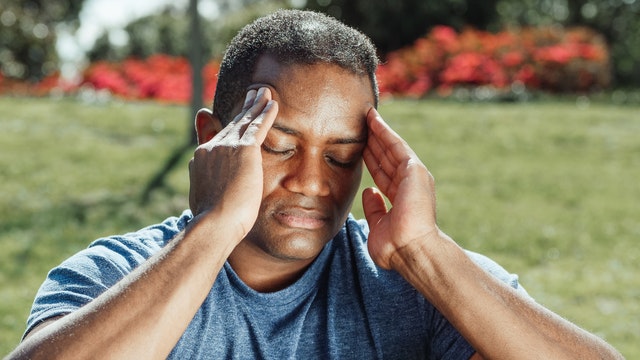 Over the last ten years, negative emotions across the world have increased—largely due to the increasing burden of stress, particularly work stress. More and more people have reported poor mental health and behavior problems including sleeping less, consuming more drugs and alcohol, struggling to concentrate, and fighting more with loved ones.

Over the past year, researchers from scores of countries joined together to study whether interventions to mitigate negative emotions and increase positive emotions could improve psychological resilience and help people respond better to adversity.

Their findings, published in Nature Human Behaviour, show that using a simple method to help people think differently about their situations improved their emotional response. That emotion regulation strategy, known as reappraisal, “consistently reduced negative emotions and increased positive emotions” among the study’s participants. “Importantly, the effects of the intervention were not meager,” helping ease the emotional toll not just of COVID but of the plethora of other stressors of modern work and life generally.

What the researchers say: “The findings demonstrate the viability of creating scalable, low-cost interventions for use around the world to build resilience during the pandemic and beyond,” the authors report.

Nearly 400 researchers from around the world contributed to the work.

For the reappraisal study, the authors collected nearly 28,000 responses from May to October 2020 from participants in 87 countries. That breadth allowed the researchers to test emotional responses in varying circumstances of lockdown and other pressures among people from different cultures and across a wide spectrum of income and education levels.

It was the largest cross-national study to date of the well-researched topic of reappraisal. The authors write that “the findings reveal the generalizability of reappraisal effects across many countries/regions even in the contact of substantial, protracted stressors.”

As a measure of potential practical impact, the data revealed that the magnitude of emotional benefits driven by reappraisal were equal to, or even greater than, the emotional harms caused by such extreme conditions as being in lockdown or self-isolation during the pandemic.

The authors tested two methods of reappraisal intervention, namely reconstrual and repurposing. Reconstrual involves changing how a person construes or mentally represents a situation to change the emotional response. The other method, called repurposing, calls for focusing on a potentially positive outcome to change the emotional response, such as thinking that the pandemic helps us recognize who are the most important people in our lives.

Importantly, they also found that the improved emotional response to the pandemic did not reduce subjects’ intentions to practice preventive health behaviors. One expectation going in was that improved emotions about the pandemic might encourage people to let their guard down about prevention. The data did not bear out that concern.

For those in the behavioral sciences, the study’s analysis of the two forms of reappraisals offers nuanced insights into those specific interventions. But for policymakers, and corporate HR leaders, the primary takeaway is the broader conclusion that reappraisal interventions work—and are worth investing in.

So, what? This is an important study for a variety of reasons. The most obvious is that since stress—especially work stress—has been rising at an unsustainable rate for the past 10 years a brief, inexpensive and non-pharmaceutical approach was desperately needed.

But the fact that we can bolster resilience, while very important, should not blind us to the underlying problems that caused the overall mental ill-health in the first place. Take a simple example. In 2009 and the years before workforce major depressive disorder was fairly constant at about 10%. Studies done in the two years before COVID showed a rise to 30% on average. Studies in particular professions done by ourselves, and others have shown averages of 60 to 70% (our study was done among lawyers in Australia and elsewhere).

The other issue is, of course, the longevity of the benefits of intervention. CBT (cognitive behavioral therapy) uses similar “reframing” techniques and gets similar results (though not nearly as quickly). However, usually soon after the therapy stops the symptoms often reemerge. The subjects of this study need to be retested at 6-month intervals. It could be that merely taking part in a study of this kind uplifts mood. That is certainly true of many other similar studies focusing on mental ill-health.

The other problem is that the main cause of the lack of resilience at work and during the pandemic to the population generally has been the breakdown in relationships. One of the prime causes of burnout—as reported previously in TR—has been the dehumanization of work. Social media use has been shown to increase depression (the recent congressional hearings into Facebook reinforce this). Remote working increases stress and depression.

None of these issues (or a ton of others) is going to be solved by the reappraisal intervention detailed in this study. That doesn’t decrease its usefulness—only its longer-term relevance.