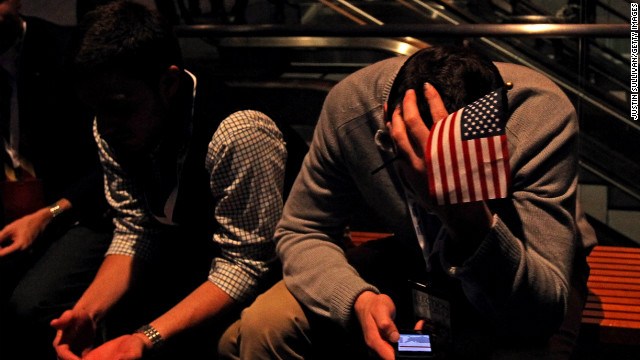 Researchers discovered the outcome of a U.S. presidential election can affect employees' engagement and performance at work—if they voted for the losing side. Although experts have long known that ongoing family issues and other stresses can affect the workplace, less is known about the effect of more discrete events.

What the researchers say: "This study demonstrates that spillover is not limited to fairly stable environmental features or day-to-day events." said the lead author. "Instead, discrete events like presidential elections can also impact the workplace."

Focusing on American voters, Beck and Shen asked participants to rate their job engagement and work performance at three points: the week before, the day after, and a week after the 2016 U.S. presidential election involving Donald Trump and Hillary Clinton.

The researchers also predicted that people who voted for the winning candidate (Trump) would see a boost to their engagement and productivity following the election, yet the study showed that the election outcome had no effect on work engagement among Trump voters.

"Our results suggest employers may be wise to avoid scheduling important tasks or meetings immediately after an election," said Beck. "It may be especially important to clearly communicate work goals during the days immediately following an election in order to keep employees on track and motivated."

Although presidential elections only happen every four years, the findings could apply to other major public events as well, including historic events and sporting events.

"Many people have strong political identities, making elections a personal event," said Beck. "To that end, it's possible that other events with implications for individuals' identities may result in spillover into the workplace as well."

The curious thing that the researchers found is that winning did not have the positive effect that might’ve been expected. I suspect that the win of the election did not bring the immediate personal gain that the Trump voters subconsciously hoped for.

I did a study on this subject some few years ago when an African country was about to gain its independence. There was a (mostly) unspoken expectation that suddenly, almost magically, all the British-owned enterprises and farms would be turned over to the Africans. When this didn’t happen there was little elevation in mood.