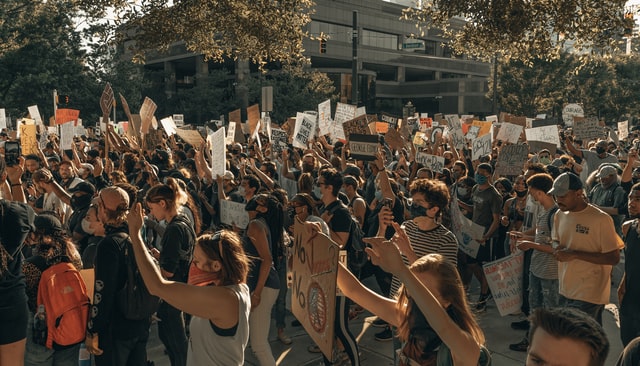 If you’ve not been hearing much of the French Gilets Jaunes or of the Italian Sardines in the last few months, it’s because “the social and psychological unrest arising from the epidemic tends to crowd-out the conflicts of the pre-epidemic period, but, at the same time it constitutes the fertile ground on which global protest may return more aggressively once the epidemic is over,” writes the lead author in a paper recently published in Peace Economics, Peace Science and Public Policy.

The researchers argue that we can get an informed opinion about the possible effects of COVID-19 on protest and future social unrest by looking at the great plagues of the past, so they analyzed 57 epidemic episodes between the Black Death (1346-1353) and the Spanish Flu (1919-1920). They state that while the epidemic lasts, the status quo and incumbent governments tend to consolidate but warn that a sharp increase in social instability in the aftermath of the epidemic should be expected.

Epidemics can sow seeds of social conflict. Government conspiracy, “the filth of the poor”, foreigners and immigrants have often been singled out as the cause of an epidemic. In DT’s case, it’s the Chinese.

What the researchers say: “Overall, the historical evidence shows that the epidemics display a potential disarranging effect on civil society along three dimensions,” the authors write. “First, the policy measures tend to conflict with the interest of people, generating a dangerous friction between society and institutions. Second, to the extent that an epidemic impacts differently on society in terms of mortality and economic welfare, it may exacerbate inequality. Third, the psychological shock can induce irrational narratives on the causes and the spread of the disease, which may result in social or racial discrimination and even xenophobia.” Certainly, all three are in evidence in the USA and Britain at present.

On the other hand, the authors note that, in the short-term, the necessary restrictions of freedom during an epidemic may be strategically exploited by governments to reinforce power.

So, what? We certainly see this consolidation of power happening in China, the US, the UK and, to a much lesser extent, Australian and New Zealand. In addition, prior research (noted in TR) has predicted that the current civil unrest could lead to a full-scale civil war in the US and the UK.

Why do political figures appear to be able to get away with mild truth bending and sometimes even outrageous lies? This is, of course, a really important question at the moment. However it doesn’t just apply to politicians.