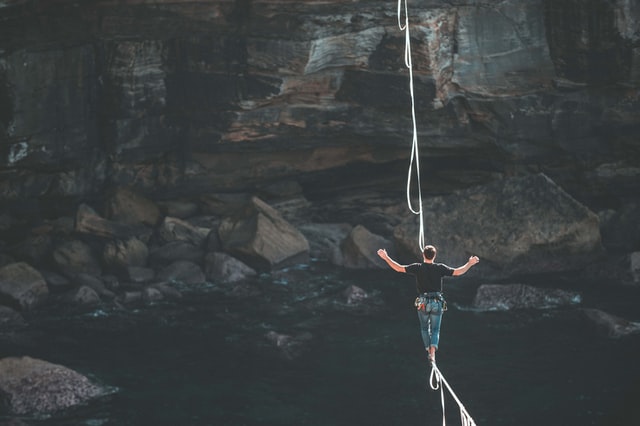 More people are taking more risks than ever before. Why? This interesting piece of research posits that it might be caused by the over-the-counter drugs we take for headaches and other minor ailments.

The researchers say that while acetaminophen (the active ingredient in Tylenol and similar drugs) is helping you deal with your headache, it may also be making you more willing to take risks.

People who took acetaminophen rated activities like “bungee jumping off a tall bridge” and “speaking your mind about an unpopular issue in a meeting at work” as less risky than people who took a placebo, researchers found. Maybe something similar is working with people who don’t wear face masks in the middle of a pandemic.

Use of the drug also led people to take more risks in an experiment where they could earn rewards by inflating a virtual balloon on a computer: sometimes they went too far, and the balloon popped.

What the researchers say: “Acetaminophen seems to make people feel less negative emotion when they consider risky activities—they just don’t feel as scared,” said the co-author of the study.

“With nearly 25 percent of the population in the U.S. taking acetaminophen each week, reduced risk perceptions and increased risk-taking could have important effects on society.”

The study extends a series of studies led by the team that have shown acetaminophen—the main active ingredient in nearly 600 other medicines—has psychological effects that most people don’t consider when they take it.

Previous research by the researchers has shown that acetaminophen reduces positive and negative emotions, including hurt feelings, distress over another’s suffering and even your own joy.

The study was published in the journal Social Cognitive and Affective Neuroscience.

In one study, 189 college students came to a lab and took either 1,000 mg of acetaminophen (the recommended dosage for a headache) or a placebo that looked the same. After waiting for the drug to take effect, the participants rated on a scale of 1 to 7 how risky they thought various activities would be.

Results showed that those under the influence of acetaminophen rated activities like bungee jumping, walking home alone at night in an unsafe area of town, starting a new career in your mid-30s, and taking a skydiving class as less risky than those who took the placebo.

The effects of acetaminophen on risk-taking were also tested in three separate experimental studies.

Across these studies, 545 undergraduate students took part in a task developed in 2002 that is often used by researchers to measure risk-taking behavior. Other researchers have shown that taking more risk on this task predicted risky behaviors outside the laboratory, including alcohol and drug use, driving without a seatbelt, and stealing.

In the task, participants click a button on the computer to inflate a balloon on their computer screen. Each time they inflate it they receive virtual money. They can stop at any time and add the money to their “bank,” and move on to the next balloon. But there is risk involved.

“As you’re pumping the balloon, it is getting bigger and bigger on your computer screen, and you’re earning more money with each pump,” Way said.

“But as it gets bigger you have this decision to make: should I keep pumping and see if I can make more money, knowing that if it bursts I lose the money I had made with that balloon?”

For those who took the acetaminophen, the answer was: keep on pumping. Results showed that those on the drug pumped more times than those on the placebo and had more burst balloons.

The results have a variety of real-life implications, the authors said. For example, acetaminophen is the recommended treatment by the CDC for initial COVID-19 symptoms.

“Perhaps someone with mild COVID-19 symptoms may not think it is as risky to leave their house and meet with people if they’re taking acetaminophen,” they said.

Even everyday activities like driving presents people with constant decisions involving risk perception and assessment that could be altered by use of the painkiller.

“We really need more research on the effects of acetaminophen and other over-the-counter drugs on the choices and risks we take,” the researchers said.

So, what? We do so much to our bodies that we don’t understand, even when we assume that we do. For example, almost no psychotropic drugs have the effects that they’re supposed to have for the majority of people. Even when the truth is known—for example with SSRI antidepressants—many doctors don’t tell their patients that they’re probably useless (as abundant studies have shown), and that they can cause suicide and other problems. Perhaps they just believe what they’re told by the manufacturers.

This is true, of course, of the general public being force-fed persuasive advertisements by the makers of over-the-counter remedies.