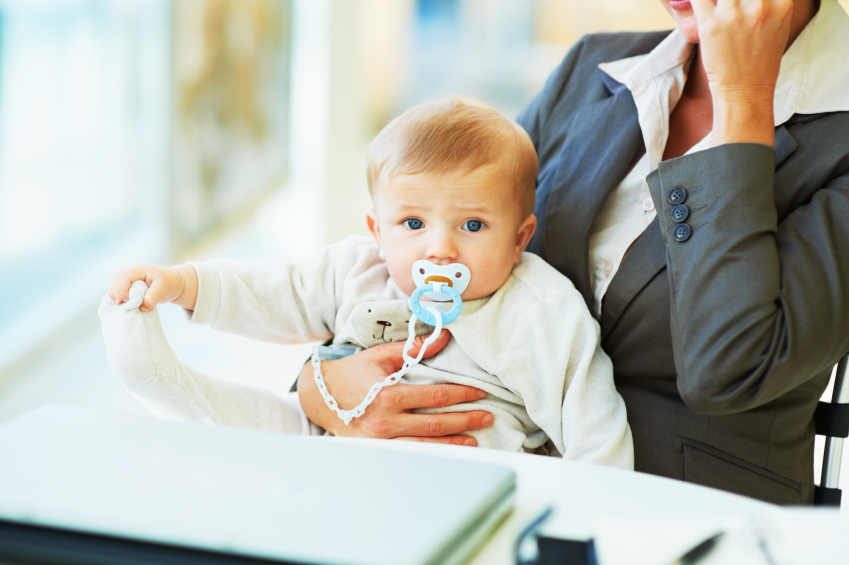 Contrary to public perception and many media accounts, women and men report similar levels of work-family conflicts, both in the form of work interfering with family and family interfering with work, according to new research.

What the researchers say: Researchers spent several years examining the findings from more than 350 studies conducted over three decades that included more than 250,000 participants from across the world. The results were surprising, said the lead researcher. The study was published online in the Journal of Applied Psychology.

“We essentially found very little evidence of differences between women and men as far as the level of work-family conflict they report,” she said. “This is quite contrary to the common public perception. The way this issue is presented in the media frames the way we think about it, and it creates a perpetual cycle. Women hear that other women are struggling with this issue, so they expect they will experience greater work-family conflict. There is also some socialization for it being OK for women to talk more about it than men.”

Some previous research has found that men often do not feel comfortable discussing work-family concerns because of fears of being stigmatized, threats to their masculinity or negative career repercussions. But men may feel more open discussing those conflicts in anonymous, confidential surveys, such as those included in the studies that this research was based on, the researchers said.

“I do think it's harming men, who are silently struggling and are experiencing the same amount of work-family conflict, but no one is acknowledging it,” the lead author said.

In recent years, men also have increasingly become primary caregivers for young children, and fathers on average are spending more time caring for their children and completing household chores, although women still spend more time on both tasks. A study by the Pew Research Center found that fathers were just as likely as mothers to say that parenting is extremely important to their identity. Women also may face career penalties because of stereotypes that they are more family-oriented and less committed to their careers.

Approximately half of the studies included in the meta-analysis were conducted in the United States, while the remainder were spread mostly across countries in Europe and Asia. The researchers also examined ratings of gender equality for the countries where the studies were conducted, and they were surprised to find that men and women reported similar levels of work-family conflict regardless of the level of gender equality in their country. However, few studies on work-family conflicts have been conducted in the Middle East, where vast gender inequality is common, which could produce different findings there, the researchers noted.

Some minor differences were detected between men and women about work-family conflict when the data were divided into different subgroups, but none of them were large in magnitude. Mothers reported slightly greater family interference with work than fathers, as did women in dual-earner couples. Men in dual-earner couples reported slightly greater work interference with family, as did women when the sample was restricted to men and women in the same occupations. While some of the included studies were conducted decades ago, approximately half were published in 2010 or later.

Men and women may experience the same level of work-family conflict but perceive it differently, the researchers said. Women may feel guiltier about work interference with family because of traditional expectations that mothers are caretakers, but there has been little research on that issue and there weren't enough studies to include in the meta-analysis. A father's traditional role has been as the primary breadwinner so men may feel they are fulfilling their family responsibilities by working, resulting in less guilt. But both of those gender roles are changing in the United States as more women enter the workforce and more men assume larger responsibilities in rearing children.

In the United States, fathers on average take only one day of paternity leave (paid or unpaid) for every month of maternity leave mothers take, with 96 percent of fathers taking two weeks of leave or less after the birth of a child. Increased paternity leave could improve mothers' well-being, and father-infant bonding has long-term positive benefits for children as well as an equal division of labor between spouses.

What now? As the researchers note studies show that women are increasingly becoming the major breadwinners, at all levels of employment. This means increasingly that employers will have to allow for increased paternal leave. There are many reasons for this switch to a female-dominated workplace, and perhaps this is not the time to discuss this. What does need to be discussed is the role of men in the workplace, in education and in society generally. We need to have the debate. We know from previous research that stay-at-home dads are nearly 50% more likely to have early heart attacks than those who are the major breadwinners (even many years after the kids have grown up). This is not an argument for stay-at-home moms but it is an argument for looking at the neurogenetics of the male/female work dilemma and also to make adequate provision in the workplace for parents of both genders.