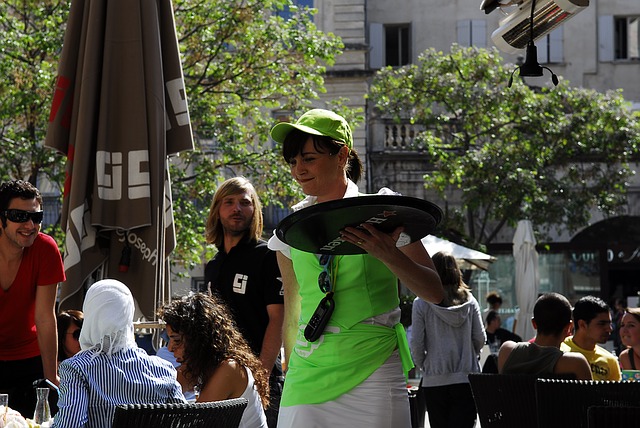 Although the #MeToo movement raised public awareness of sexual harassment in Hollywood and other high-profile industries, comparatively little attention has been paid to the rampant sexual harassment experienced by frontline service workers such as waitresses, baristas, bartenders and retail clerks. A new paper co-written by researchers who study occupational stress and employee well-being finds a potential avenue to blunt the unwanted advances and unwelcome behavior by customers.

Bystander employees who intervene when their co-workers are victims of customer sexual harassment can be a potential shield to protect their colleagues, with bystander empathy playing a significant role, says the research.

Also, employers may tolerate harassment from customers because they fear driving customers away, according to earlier research covered in TR.

“Customer sexual harassment is a persistent problem that harms worker well-being in many service-sector industries,” the researchers added. “In turn, bystander interventions in the workplace are critical for preventing and stopping customers’ inappropriate behaviors as well as mitigating the detrimental effects of such harassment on workers. We hope this research will bring more attention to employers’ and organizations’ roles in protecting employees from customer sexual harassment and supporting their employees’ bystander intervention.”

Results demonstrated that when bystander employees observe more frequent customer sexual harassment in their workplace, they will develop stronger empathy toward their targeted co-workers and will be more proactive in bystander intervention actions such as disrupting the harassment and comforting their co-worker.

More importantly, for employees with higher measures of moral idealism – a strong belief that “right” actions always lead to desirable outcomes – their empathy toward co-workers from frequent observation of customer sexual harassment was more strongly associated with their bystander intervention, the researchers said.

Customer sexual harassment can be especially prevalent in jobs in which the business places a premium on customer satisfaction and tipping accounts for the bulk of a worker’s wages. Alicia and I have witnessed this play out even in law and other professional service firms where management fears losing clients, especially those that contribute meaningfully to the firm’s bottom line.

For employees whose pay relied less on customer tips, their empathy was more strongly associated with bystander intervention, as opposed to those with a heavy reliance on tips, which had a weaker relationship between empathy and intervention actions, according to the paper.

“Awareness of the problems with U.S. tipping culture and customs appears to be growing, as more and more data seem to show that reliance on tipping not only increases workers’ vulnerability to mistreatment at work but also worsens racial and gender inequality and worker exploitation,” said the lead author. “We strongly encourage employers and employees’ advocacy groups to actively discuss and create a public discourse about how to reduce workers’ pay reliance on tipping – for example, by providing a higher minimum wage or replacing tipping with a fixed hourly wage – to better protect service workers from customer sexual harassment.”

So, what? What bystanders should and ought to do is the subject of great interest and a lot of recent research. This study is good in that it examines the economic drivers behind bystander and management action and inaction.

As I commented above, Alicia and I have seen commercial pressures in all kinds of businesses being brought to bear to discourage bystander intervention.

Although the #MeToo movement raised public awareness of sexual harassment in Hollywood and other high-profile industries, comparatively little attention has been paid to the rampant sexual harassment experienced by frontline service workers such as waitresses, baristas, bartenders and retail clerks.

Contrary to widely held gender stereotypes, women are not more emotional than men. Feelings such as enthusiasm, nervousness or strength are often interpreted differently between the two genders. It's what being "emotional" means to men vs. women that is part of the study that dispels these biases.

Harassment of any kind is due partly to a genetic tendency to bully, and also to stress and fear. People use harassment to establish dominance or to demonstrate dominance.